A short story is a narrative with a beginning, middle, and end. In academic terms, something has to happen within the story arc. If something doesn’t happen, then you are creating more of an epic poem than a short story. In addition, though there is no higher limit on how long a short story should be, if it takes longer than an hour to read, then perhaps it is a little too long.

The academic requirements for writing short stories for students are not really an issue. Anybody can write a short story, but it is mostly the sort of thing you are asked to do in English classes. They help to show you have an understanding of story structure and how a conventional narrative should flow. There are people who defy narrative convention, but the irony is that students do this so often that it is actually an old hat at this point. Also, read Top 10 Bedtime Stories For Kids To Read 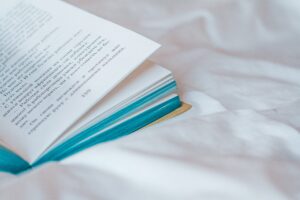 Hooking the reader is sometimes tricky. This is why people resort to the hacky way of writing where you start with the action and then cut to three weeks earlier at the climax of the action. This is not recommended as a way of hooking people, but here are a few ideas to get you started. Don’t forget that a hook happens throughout a story, it is something that keeps people engaged. Think of these hooks more like the elevator pitches for the story you are writing.

1. A Romantic Couple With an Obstacle

This was actually the premise for the old TV show “Will and Grace.” The writers said they wanted an obstacle that the couple simply couldn’t overcome because every romantic story is good only when an obstacle is stuck in its way. In the first Will and Grace episode, they actually hook the viewer by having them talking over the phone romantically before revealing that the guy is gay. Also, read Top 10 Disney Stories For Kids Of All Time

2. A Horror Story With An Unknowable Menace

Every ghost story on the planet owes thanks to this premise. It is the unknown that scares us, and it is a great hook for a story to keep people interested. In many cases, and especially with movies, if you give away too much information, then it becomes less interesting. Remember Midichlorians being the reason behind the force (a bacteria). Wasn’t it so much better when it was unexplained?

They are all pretty much the same, but you can put your own spin on them. Luckily, since most of your readers will already understand the premise, you can hook them with other things rather than the actual heist premise itself (after all, you won’t have to waste many words explaining what a heist is).

Superhero stories can be great, but the ones with the biggest hooks are the origin stories. That is why we have seen Batman’s origin story more times than we see him solve a case. How the protagonist went from Joe Blow to Super Joe is interesting because it puts us in their shoes. We started out as normal humans, but if we were bitten by a radioactive spider, then we too could be a Spider-Man.

5. A Human Story From a Non-Human Perspective

The hook, in this case, is that you first make the reader believe that they are reading a story about a human, especially since the narrative, the dialog, and the internal dialog are all in perfect English and are quite normal. You then reveal that the character is something like a beetle, and the previous sections take on a whole new meaning and context.

These can hook readers for the same reason just like superhero origin stories hook people. They show characters as normal people but demonstrate how a few decisions lead them down a path of crime. It is a form of wish fulfillment on the reader’s part, and it keeps them hooked.

Romance with cheating, death, or other relationship-ending events can be an excellent hook that keeps people reading if it is done right. Remember that the reader has to care about the characters if this hook is going to maintain its strength.

These are easy to write because the hook is overly obvious and doesn’t require explanation. Unless the prison is some sort of fancy resort, then all the motivations are already taken care of, and all you need to do to keep people engaged is to keep the story interesting as the prisoners try to escape.

The hook is that the reader gets to explore a  new location and experience this new place. That is why fantasy and sci-fi genres are so easy to write. Give people a new place to explore with vaguely familiar stuff and the hook writes itself.

The hook can be twofold. Are they going to cure the disease? And what is going to happen as a result of the disease? (happen to the family, the person suffering, etc.).

The hook is the monster itself. If you can keep it interesting, then, you will do well. Do not make the mistake that the Transformers and Godzilla movies made by making the story about humans. Make it about the monsters and that is your hook.

This premise can become the hook for a wide variety of subjects. It works on everything from the movie Lord of the Rings fighting the forces of evil, to Rocky fighting to become a world champion boxer.

13. An Unorthodox Relationship That is Doomed

An extreme example of this is ‘The Shape of Water where a physically impaired woman falls in love with a sea monster. If you can sell a somewhat realistic version of this story, its hook will keep people interested at first. It is then up to you to build a compelling story that keeps your readers engaged.

This is another hook that has a lot of stuff pre-baked into it. Like how will the killer be caught? How many people will suffer? Can we sympathize with the killer?

The great thing about these stories is that you can have as many other stories running through the story, and then see how they are all affected by the disaster. You can focus on the disaster, like in the movie “Day After Tomorrow” or “Titanic”.

Twisting an idea for the sake of a twist is silly, but there is a certain amount of appeal in an anti-hero. You can build a hook that keeps people interested at first. It is then up to you to keep them interested in your story.

17. A Romance With Misunderstandings

Probably the basis for every rom-com book and movie in existence, and yet it has staying power otherwise it wouldn’t appear as often as it does. Each misunderstanding requires some sort of resolution, and it is that need for resolution that keeps people reading.

18. A Horror Story With An Unstoppable Evil

Perhaps some of the best horrors ever have been through the use of an unstoppable evil. The Borg in Star Trek Generations, the Terminator in Terminator 1 and 2. Even the evil in the second evil dead movie was scary because it was something you couldn’t fight against and couldn’t stop.

We hope you found the genre and plot of your next story.