This is one of the best real life inspirational stories. One day, in a house, a father and a son were sitting together. They were sitting by the window. The father had become too old, and the son was still young. Though unlike the father, the son was highly educated. They sat in silence.

Just then a crow came down and sat on a branch. The two of them could see the crow from where they sat. After remembering something, the father asked his son, “what is that?”  The son believing that his father could not see properly answered, “it is a crow”. Again, they sat in silence, and then the father again asked, “what is that?” Also, read Farmer’s Inspirational Story. 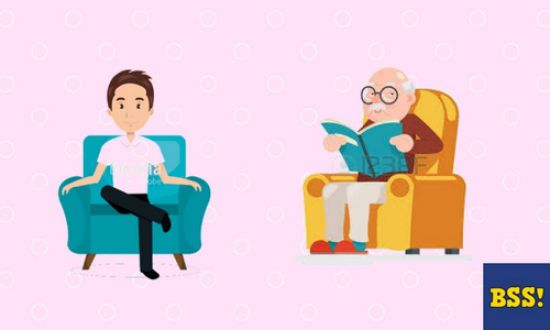 The son, at the brink of losing his patience again, said: “it is a crow, father”. The father after a moment asked again, “what is that?” This continued for while. Before long, the son lost his patience. And all it had taken was four times! The father had repeated the question four time, and the son got irritated!

“Don’t you understand? It is a crow, crow, crow! How many times should I repeat it before you understand it?” the son finally yelled. Without saying anything the father rose from his chair and left the room. The son heard some noises from his father’s room. It seemed as if his father was looking for something.

After a while, the father came back. Holding an old battered diary, he took his place. Without saying anything, the father flipped through old yellowed pages. “What are you looking for?” the son asked. He received no reply from his father. Suddenly his father spoke, “here”. He showed his son an entry. It was an entry of the son!

“Today I sat with my three-year-old son. Together we sat on the sofa and looked out. He repeatedly asked me about the crow that sat outside. Twenty-three time to be exact. It took him twenty-three times to get that it was a crow. In the end, I hugged him and brought him back inside”.

“Father,” the son said, “I am sorry. I do realize where I went wrong”. And since that day the son made sure to take care of his father. You may also like to read, Potatoes, Eggs And Coffee Beans Story.

It is very easy to forget that our parents are growing older. We should always take care of them and make sure to make them feel loved.