A Foe In Disguise Of A Friend

This is a short story for kids with moral lesson for kids. Once upon a time, there was a King. Every day, one soldier was killed in his Kingdom. They were killed not in a war but while safeguarding the palace. The King was worried. Every day, the commander would come and give the news of another murder.

“My lord, today again someone has killed our soldier,” the Minister said. “Who is this wicked man? Make the arrangements stiffer!” commanded the King. But it was of no use as the killing of soldiers continued. The circumstances were getting worst day by day. Soldiers started denying to discharge the duties in the palace.There was a danger of army rebelling against the King. Also, read The King And The Apple. 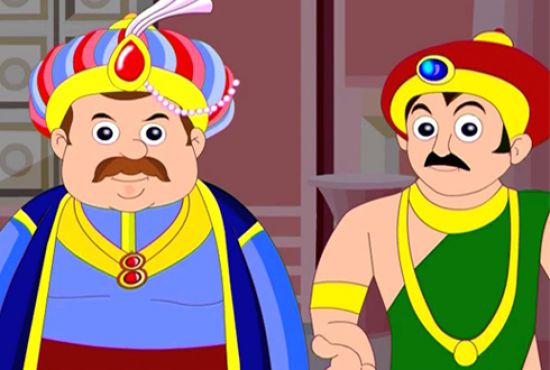 Image Source@ www.kwamruk.com. Soon, the King’s only son came back after completing his studies. He asked his father, “What is the reason behind your sadness?” The King told the whole story to the son. The Prince also got worried. He collected all the details of the murder. He was surprised to know that the soldier who used to be alone while safeguarding was the victim. It was very clear that whosoever was the killer didn’t want to face a group of soldiers.

The Prince ordered, “Don’t be alone while discharging the duties. At least five soldiers should be together while safeguarding the palace.” “As you say, my lord,” cried the soldiers. The results were marvelous. Many days passed by and not a single soldier was killed. Everyone was happy.

One day, the Prince called the Minister and said, “Minister, it seems as if the killer has run away. So, get rid of these special duties alloted to the soldiers. It’s not required anymore.” The King said, “It’s dangerous to do that. The killer might again do something of the same sort.” The Prince assured the King that the killer won’t do anything but his father said, “Don’t feel proud of temporary success!” The Prince requested the King to allot the duty to one of the soldiers near the big tree.

According to Prince’s desire, arrangements were made. The Minister himself went to see the arrangements. A soldier was standing under the big tree and guarding. The Minister asked, “I hope you’re not nervous!” The soldier replied, “No Minister, not at all!”

As soon as the soldier turned back, the Minister pounced and attacked him. He stabbed him in his stomach. But, the sword fell from the Minister’s hand because the soldier was wearing a shield. Before the Minister could understand anything, the soldier placed his sword on the Minister’s neck smiling and said, “It seems like you have not recognized me!” It was the Prince himself. You may also like to read, King Thrushbeard.

The Minister’s face turned pale. “I had my doubts that you’re the real culprit.” The Minister begged for forgiveness but it was all in vain. The Prince ordered the soldiers to arrest the Minister and lock up in the prison. From then on, no soldier had died.

MORAL: YOU SHOULD NOT TRUST ANYBODY WITHOUT PROPER INFORMATION.

Here is a visual depiction of one of the short story for kids with moral lesson, “A Foe In Disguise Of A Friend”. See the video story below,