A Kiss For The Shadow

This is one of the great bedtime stories to read online for children. Cold winds blow at night. So, it’s important to close the curtains before bedtime.

One cold evening, while closing the curtains, a boy saw a man outside running to and fro. “Why are you bothering me? Leave me alone,” said the man. “Sir, what’s wrong?” asked the little boy. The man just frowned and started grumbling. “The shadow keep following me! Every time I pass by this streetlamp, a shadow appears,” said the man. The boy said, “I think I can help you with that.” Also, read Shadow Of The Wolf. 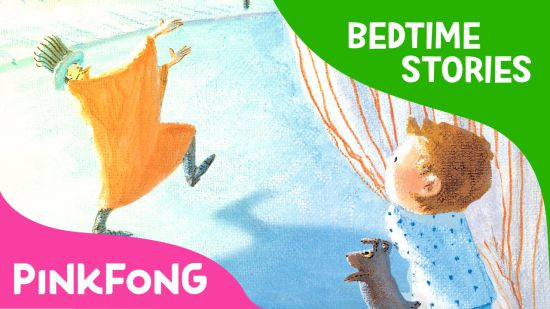 The man looked up and said, “Huh? How?” The boy handed the man some white flour. “Just sprinkle the flour on the shadow to make it white. What do you think?” asked the boy. “Hey! That is a good idea,” said the man. The man started to cover his shadow with the white flour. However, to their surprise, the shadow only became darker.

Next, the boy gave the man some tape and said, “Try taping down the shadow so you can run away! What do you think?” “Hey! That’s a brilliant idea!” said the man. The man carefully put three pieces of tape on the edge of the shadow. Then, he took off running. However, to their surprise, the shadow ran after the man and was right below him.

“Oh, I know! I’ve got it now!” said the boy and he immediately gave a small vacuum cleaner. “What about vacuuming the shadow up in air.” “Hey! Another fantastic idea!” is what the boy expected to hear the man say. But, he didn’t. “Oh, I can’t do that! Look at the shadow,” said the man. The shadow looked sad and lonely. It was hunched over with its shoulders slouched. You may also like to read, The Greedy Dog.

“Oh, I think the shadow is crying! What about you becoming friends with your shadow? You could become so close that you’ll never want to be apart,” said the boy. “Now, that’s it. You got it!” and the man bent down and got very close to his shadow and kissed it. “Hey you! I’m sorry! How about we become best friends, huh?” said the man. The man and his shadow walked away happily as best friends do.

Here is a short visual depiction of one of the awesome bedtime stories to read online “A Kiss For The Shadow“. See the video story below,