This is one of the best short story on birds with moral for kids to read. A long time ago, deep in a jungle resided a beautiful parrot. The parrot was extremely beautiful. He happily lived with his brother in the jungle. Also, read The Magician And The Parrot.

One day, a hunter was passing through the jungle. The pair of beautiful parrots caught his eye. “They will make a beautiful present for the king,” he decided. At once, he set up a trap and caught the pair of parrots. He then took them to the king and presented them as a gift. The king was happy to receive such a beautiful present. He happily accepted the present and ordered the servants to put the parrots in a golden cage. The servants were ordered to take care of the parrots day and night. 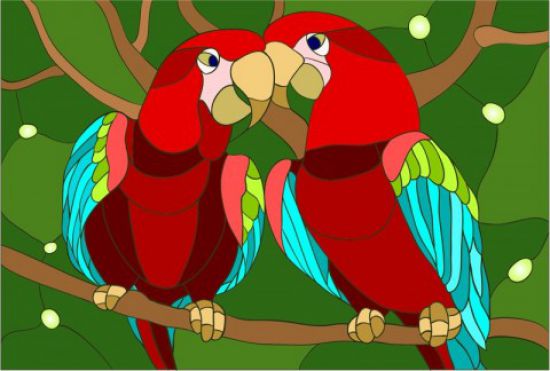 short story on birds with moral

Image Source–> www.storynory.com. The parrots were well taken care of. They were fed the most delicious fruits the king’s palace had to offer. Servants ran left and right in order to keep the parrots comfortable. Even the young prince came to play with the parrots. The prince loved the two parrots and treated them with the utmost care.

“Brother, we are so lucky,” the youngest of the parrots said one day. “Yes, we were lucky to have been brought here,” the older parrot replied. “Our lives in the palace are so comfortable. We have everything we need. And above all, we are loved here!” the younger parrot exclaimed with joy.

Then, one day, everything changed. The hunter who had brought the parrots returned with another present. This time it was a magnificent black monkey. The monkey was offered to the king as a present.

Soon, the monkey became the main attraction. He was taken care of and well fed. And the poor parrots were neglected because of the monkey. Even the prince did not come to play with the parrots. “That monkey destroyed our perfect world. Nobody looks after us anymore!” the younger parrot spat in anger. “Don’t worry little brother,” the older one said. “Nothing is permanent in this world, you will see things will soon change,” the older parrot spoke wisely. You may also like to read, The Eagle And The Arrow.

Then, one day the monkey got ahead of itself and created a lot of trouble for the palace and its servants. Even the little prince was afraid of the magnificent black monkey. “Throw him out into the jungle,” the king ordered after the monkey did not learn to behave.

Due to that, the parrots again became the main attraction of the palace. “Our happy days have returned,” exclaimed the younger parrot. The older parrot smiled wisely. He knew nothing in this world was permanent. “Time never stays the same,” he told his younger brother. “See, you should not get depressed because the time is unfavorable. Better times will always come.”

Finally, the younger brother realized his older brother was right and swore never to lose his patience under any unfavorable conditions.

MORAL: NOTHING IS PERMANENT IN OUR LIVES, EVERYTHING CHANGES WITH TIME AND NOTHING STANDS STILL.

Tagged with: short story on birds with moral