An Apple A Day Rhyme

An Apple A Day Rhyme is one of the great nursery rhymes that teaches a child to eat healthier and nutritious. The poet of this rhyme is still anonymous. During 20th-century, several adaptions have been made for this song, such as Elizabeth Wright made a Devonian dialect version of this nursery rhyme. Also, read Wheels On The Bus.

This poem has a literal sense to promote good health and nourishing the child with good habits. There are many proverbs like ‘An Apple A Day Keeps The Doctor Away’, ‘Eat An Apple On Going To Bed, And You Will Keep The Doctor From Earning His Bread’ but if your child does not listen to it, read on this rhyme to him/her. So kids, take a big bite of an apple and sing along! Here you go!

An Apple A Day Rhyme 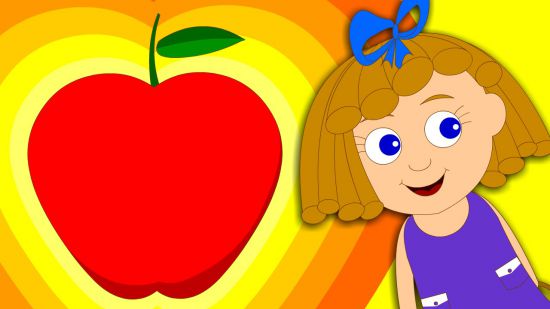 an apple a day

An apple a day

Keeps the doctor away.

Apple in the morning

Eat an apple going to bed

Knock the doctor on the head.

This is a rhyme about a boy who does not like the scrumptious pie made out of an apple. But when his mother tells him about the goodness of an apple, he promises to eat an apple in the morning, at night and even at his bedtime. He assures his mother to eat the apple three times in a day and seven days in the week. He quickly grabs an apple and sings along with her mother an apple a day keeps the doctor away!