This is one of the best moral bedtime stories for kids. Once, there was a very poor boy named Paul. He lived with his family. His parents worked hard to raise their son. Paul was a very good boy and always spoke the truth. His parents taught him that “Honesty is the best policy!”

One day, the King visited Paul’s small village and all the villagers came out to greet the King. The King was giving away cookies and candy. Paul and the villagers crowded near the King’s carriage to try to get some of the gifts from the King. Also, read The Foolish Boy. 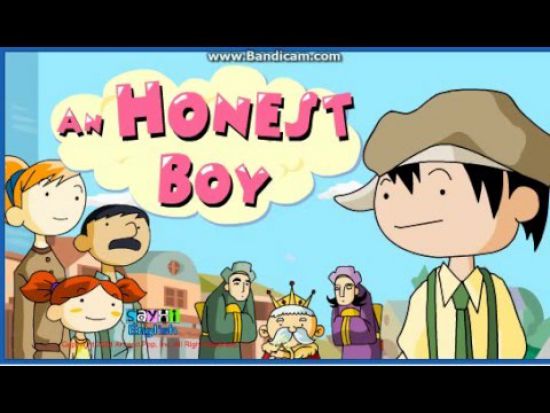 Finally, the King got to Paul and gave him a box full of cookies and candy. Paul was so excited that he immediately rushed to home to share the candy with his family. When Paul returned home, he noticed that there was a beautiful ring among all the candy.

He thought to himself that this ring could make him rich. And he and his family no longer had to worry about having enough food to eat. After thinking about what to do all the day, Paul decided to return the ring to the King.

Paul went to the palace and returned the King’s ring. The King was very thankful to Paul and said to him, “Son, this is my favorite ring! You are a very honest boy and I want to reward you with lots and lots of gold coins!” When Paul’s parents got to know about his honesty, they became very happy.

When Paul came home, his parents hugged him. From that day, Paul was a very rich boy and his family never went hungry again. You may also like to read, The Honest Woodcutter.

Here is a short visual depiction of one of the best moral bedtime stories “An Honest Boy“. See the video story below,