Cat And Mouse In Partnership

This is the Cat And Mouse In Partnership story for kids. This story has been adapted from the great work of Brother Grimms. Once upon a time, there lived a cat and a mouse in partnership in the same house. They were best of friends and shared a great bond of friendship. They shared every household work and everything was equally divided amongst them. Soon as the winters were approaching, they decided to store up some food for themselves. You may also like to read, The Mouse Maid.

On the very next day, they went to the market and bought a little pot of fat. But they did not know where to put it. After thinking for a while, the cat suggested to hide it behind the shrine of the church. They both agreed and went to hide it away from the other cats and mice. But, the cat had a great longing for it and soon she made a plan to steal the entire pot of fat. 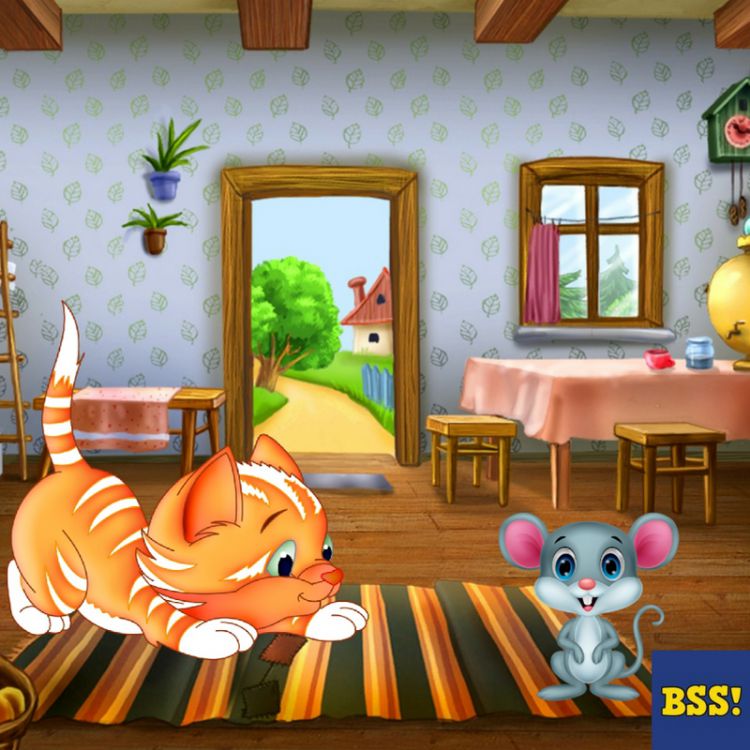 One day, the cat went to the mouse and said, “My cousin has a little son and has invited me to the godmother of that little kitten.” The mouse trusted the cat but she went straight to the church, slunk to the little pot of fat, began to lick it and licked the top off. This was her first steal. In the evening, she returned home happily. When the mouse curiously asked the child’s name, the cat replied, “Top-off!” The mouse was shocked at the name.

A few days later, the cat again started to crave for the pot of fat. Whenever she thought about the little pot of fat, she licked her lips. This time, the cat said, “I have been asked to be the godmother to another child!” The kind mouse agreed. The cat hurried to the church and ate up half of the pot of fat. When the cat returned, the mouse was very excited to know the name of the second child. The cat told the mouse, this time the child was named as “Half-gone!” The mouse was again surprised at the name.

Not long after this, another great longing came over the cat. Like always, the cat made the same excuse and went to the church. She ate up all the remaining fat in the pot. At that night, she came home sleek and satisfied. The mouse asked at once after the third child’s name. This time, the name of the child was “Clean-gone!” The mouse was totally confused at the cat’s behavior but he did not utter a word. From then on, no one called the cat to be the godmother anymore. Also, read The Foolish Mouse.

Soon as the winters came and there was nothing left at home to eat, the mouse remembered their provision and said, “Come cat, let’s bring the pot of fat that we had stored away!” They went to the church and found the little pot of fat empty. At last, the mouse understood the trick of the greedy cat. In that very moment, the unkind cat jumped onto the poor mouse, seized and swallowed him.

Here is a visual depiction of, “Cat And Mouse In Partnership”. See the video story below,