This is the Cinderella story for kids to read. Once upon a time, there was a simple and beautiful girl named Cinderella. She lived with her evil stepmother and two stepsisters. The stepmother did not like her and made her do all the household work. Her stepsisters just never had to work, they just roamed around the house in their fancy dresses. They always made fun of Cinderella because of her plain dressing. Also, read Snow White Story.

An Invitation To The Ball

One day, a letter from the king came to their house which said that the king is having a ball tonight and his son ‘The Prince’ would be choosing a wife; every girl in the kingdom must be aware. Everyone got excited about reading this, Cinderella too wanted to go to the ball. Her stepmother told her that she can go if she completes all her work on time and also helps her stepsisters with their dresses for the ball. Cinderella worked as fast as she could to get everything done but there was always something left. At last, she was left at home disappointed. Also, read Princess Moana Story. 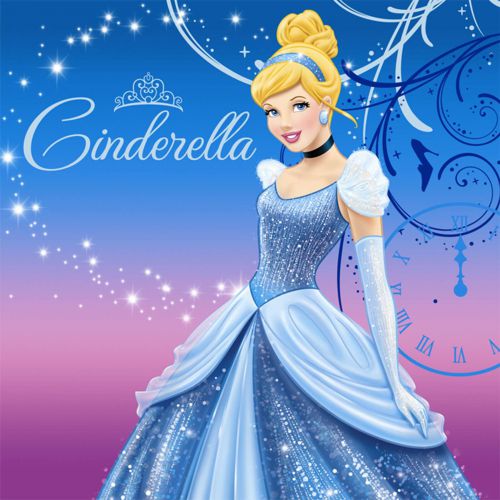 Image Source@www.quora.com. She was so sad that she ran to the garden and said, “wishes never come true”. “Never my dear?” said a voice, as Cinderella looked up a little woman with a wand and a kind smile stood in front of her. She was her fairy godmother. Also, read Princess Aurora Story.

She wanted to help Cinderella go to the ball. With a wave of her hand, she made Cinderella look like a princess. She gave her a beautiful new gown, glass slippers, and shiny black horses to reach the ball.  Before leaving, the fairy godmother said “this magic will only last until midnight! You must reach back home by then!”. Also, read Princess Jasmine Story.

Cinderella Makes It To The Ball

When Cinderella entered the palace, everybody was awestruck by her beauty, she was the prettiest girl at the ball. Even her stepsisters didn’t recognize her. The handsome prince also saw her and fell in love with her. All the other girls were very jealous of her because the prince danced with her the whole night. She enjoyed herself so much that she almost forgot what the fairy godmother had told her about her magic. However, when she saw the time and remembered the godmother’s words she quickly left the palace and ran away.  In all the hurry, one glass slipper which she was wearing was left on the castle steps. Also, read Princess Merida Story.

The prince had fallen in love with her and wanted to find out who she was as he wanted to marry her. The next day, he ordered his king’s men to go to every house in the land and find the girl whose foot fits in the glass slipper. When they reached Cinderella’s house, the two stepsisters tried their best to squeeze their big feet into the slippers, but they could not make it. Finally, when Cinderella tried the slipper, her foot fit perfectly into the glass slipper. The prince recognized her from the ball night. He married Cinderella soon in a grand ceremony and they lived happily ever after. Also, read Rapunzel Story.

Don’t forget to check out the printable version of this story on Pinterest.

Here is a short visual depiction of one of the most famous stories for kids, “Cinderella Story“. See the video story below,