This is one of the best nursery rhymes for children called “Cobbler, Cobbler” for the children. This is a popular rhyme amongst the age group of 0 to 4. Also, read Bingo Song.

Cobbler Cobbler is one of the most popular nursery rhymes for the children. It is popularly known as a pre-schooler poem. The author and origins of this poem remain unknown. The music of this nursery rhyme is same as the Twinkle Twinkle Little Star. So kids, here you go! 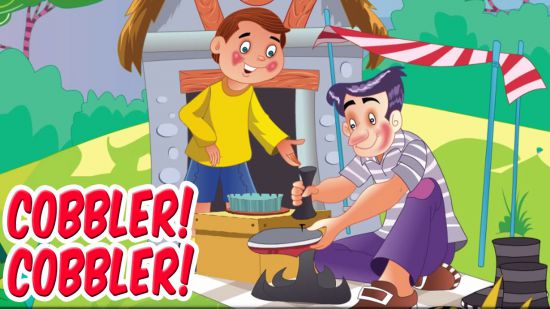 Get it done by half-past two,

Stitch it up, And stitch it down,

Then I will give you Half a crown.

Get it done by half-past two,

Stitch it up, And stitch it down,

Then I will give you Half a crown.

At half-past two, he went back to the cobbler to bring back his shoe. Seeing that his shoe was perfectly fine, he became very happy. Now, that torn shoe became the brand new shoe. He thanked the cobbler and in return, he gave half a crown to him.

Few words to learn after reading the poem:

Half a crown: a form of British coin

Poems should be an integral part of your child’s growing process as they make their lives more colorful and vibrant by adding a variety of rich experience. So, every child should be encouraged to read more and more poems. Also, read This Old Man Song.