This is one of the heart touching inspirational real life stories for kids that helps them to do their work with full determination. Long, long time ago, there lived a girl called Lilly. When she started going to school, she was a bit shy. All her class fellows bullied her for her shy behavior. If the teacher used to ask any questions, she would not answer because of her shy behavior. But she was a bright student and she knew all the answers instead.

Out of all the subjects, her favorite subject was sports. She always desired to be a football player his her school team. But the students used to make fun of her. However, she did not care what her classmates used to say as she was determined and wanted to prove her friends that she could be the football player. Also, read Thinking Out Of The Box. 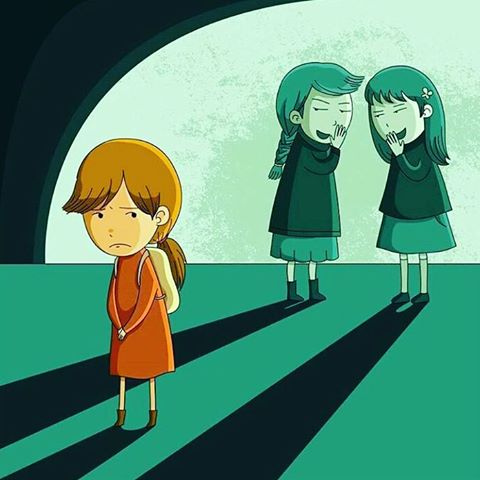 Image Source@ www.instagramator.net. In the day, Lilly attended her school and at night, she would practice football at her home. Seeing her determination, her mother installed some more lights to their garden so that her daughter could practice properly.

After practicing for long, finally, the day came when the selection for the inter-school for football competition was announced. Lilly, without putting into a thought decided to go for it. Her classmates discourage her said, “Boo! You will not get select. Back off!” But Lilly decided to ignore them this time.

As she began, everybody was stunned by her excellent performance. The judges were so impressed by her behavior that they not only selected Lilly but they also made her the captain of that tournament. Her classmates who used to bully her were silenced by her performance.

Now, everybody wanted to become Lilly’s friend as she had become the most popular girl in the school. You may also like to read, Small Things Matters.

MORAL: NOTHING IS IMPOSSIBLE IN LIFE. WITH DETERMINATION AND FOCUS, WE CAN ACHIEVE ANY OF OUR DREAMS.