This is Dumbo- The Flying Elephant Story for kids. It was morning at the circus. Hopeful mothers looked up as storks flew overhead. Each one carrying a bundle holding a baby animal. Mrs. Jumbo sighed as she watched the happy mothers with their babies. “Oh dear, I so hope there would be a bundle for me!” she thought. At long last, a stork flew into Mrs. Jumbo’s railway car with a large bundle- it was a baby elephant. Also, read Elephant and Tailor Story. 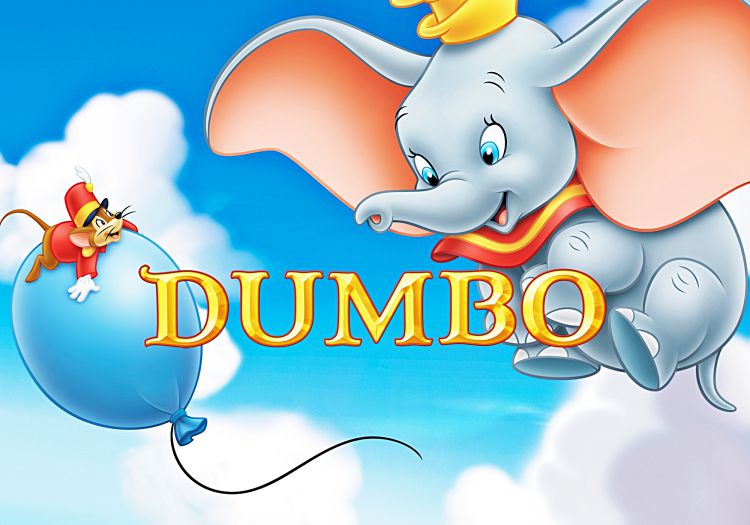 Image Source –> www.playbuzz.com. The next day, a group of boys came by the circus tent. They laughed at Dumbo and teased him. “Look at his ears!” one of them cried. Mrs. Jumbo tried to protect her baby. She lifted the boy away from Dumbo. “Help! Help!” he wailed. The circus keepers raced in. Soon Mrs. Jumbo was locked in the prison wagon. From then on, the other elephants ignored poor Dumbo. They even turned their backs on him.

Dumbo felt alone and heartbroken until Timothy Mouse found him. He liked Dumbo. At last, Dumbo had a friend! Timothy wanted to help his new friend. “All we’ve got to do is build you an act,” the mouse explained. “Make you a star!” Just then they heard the ringmaster talking. “Have I got an idea!” he exclaimed. “An enormous pyramid of pachyderms.” He wanted Dumbo to be the very top elephant of the pyramid. The star! You may also like, Elephant and Ant Story.

Finally, the big moment came. But when Dumbo ran down the springboard- he tripped over his flapping ears! He crashed into the elephants, knocking them in every direction. Now the elephants were angrier than ever with Dumbo. But the ringmaster had one more idea.

The next day, Dumbo was put in the clown act. Being a clown made Dumbo sad. The other clowns teased him and Dumbo felt lonelier than ever. “We’ll go and see your mother,” said Timothy to cheer up Dumbo. Dumbo and his mother were overjoyed to see each other. Mrs. Jumbo put her trunk through the bars of her cage and cuddled her son, singing a lullaby. But all too soon it was time for Dumbo to go. That night, Dumbo dreamed he was a star- flying through the air!

The next thing Dumbo and Timothy knew, it was morning. When they opened their eyes, they saw a group of crows looking at them. They were high up in a tree! Timothy and Dumbo wondered how they had gotten there. “Maybe you flew up!” joked one of the crows. “Yes, that’s it!” cried Timothy. “Dumbo, you flew! Your ears- they’re perfect wings!” The little elephant was surprised. He couldn’t really fly- could he? Timothy told Dumbo to believe in himself.

One of the crows gave Timothy an ordinary feather and whispered, “Use the magic feather!” Holding the feather in his trunk, Dumbo soared from the edge of a cliff- he was flying! That night at the circus, Dumbo stood at the top of a building. He didn’t feel frightened. Now that he had the magic feather, he knew he could fly down safely. “Okay,” he said. “Take off!” Just as the little elephant leaped into the air, he dropped the feather- and Dumbo began to fall. “Open those ears!” Timothy cried. “You can fly! You can!” Also, read The Sparrow and The Elephant.

Dumbo took a deep breath and began to flap his ears as quickly as he could. Suddenly, Dumbo was flying. He didn’t need that feather at all! The ringmaster was amazed! He watched Dumbo swoop from the building and soar past the cheering crowds. Dumbo was a star!

Before long, Dumbo was famous all around the world, just as Timothy said he would be! The crowd flocked to the circus to see ‘Dumbo, the Amazing Flying Elephant‘. The ringmaster released Dumbo’s mother and gave her a special train car of her own. And Dumbo and his mother were very happy.

Here is a visual depiction of, “Dumbo- The Flying Elephant Story”. See the video story below,