East Of The Sun West Of The Moon

This is the famous East Of The Sun West Of The Moon story to read for kids. In the land of trolls and magic, there is a poor man. His house is falling down, his family is in rags and his money is almost gone. Now winter is coming on. He has a pretty daughter. Her name is Nina. You may also like to read, Tale Of The Sun And The Moon.

One day, a white bear comes to their house. “Will you give me your daughter?” asks the bear. “I will make you rich! I will look after her well.” “Okay!” says the poor man. The bear takes Nina to the castle. There, Nina talks to the bear every day. 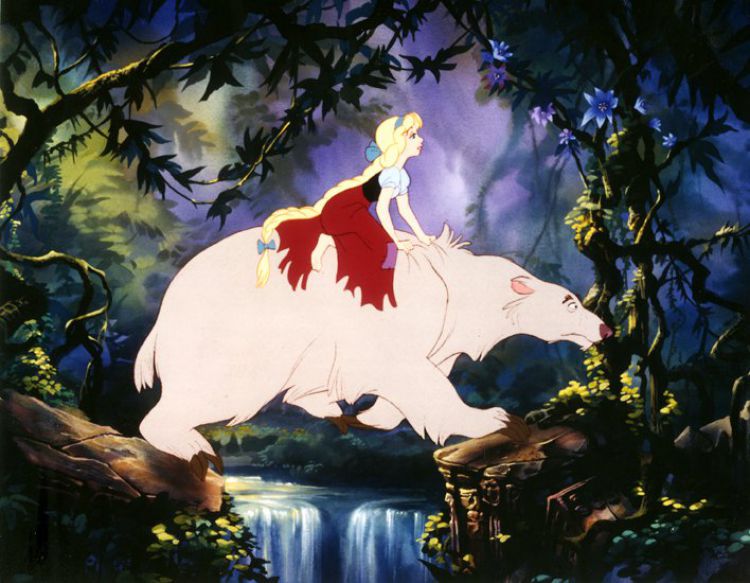 Every night, a handsome man walks in the castle. Nina does not see him, but she hears him. Every night, the bear turns into the man. The bear is the man at night. Nina wants to see the man but there is always a very less light in the castle at night.

One night, Nina sees the man. He is a Prince! “You see me as a man,” he says sadly. “That is bad!” The Prince says, “Now I must marry the ugly Princess. She lives in the castle called East Of The Sun And West Of The Moon!”

In the morning, the Prince is not there. Nina goes out to look for him. There, she meets an old woman with a golden apple. She asks about the Prince. The old woman gives Nina the golden apple and the horse. She says, “Hurry, Nina! Find the Prince!” Nina rides far.

Here is a visual depiction of, “East Of The Sun West Of The Moon Story”. See the video story below,

East Of The Sun West Of The Moon Story Video