Flame, Rain, And The Arrogant Tiger

This is a great fable online for kids. There was a ferocious tiger living in a forest. Everyone in the region was afraid of him. So, the tiger became even more arrogant and reckless.

One day, when the tiger was hunting, suddendly, he saw an “animal” with brightly red skin  dancing on his way. The tiger raised his voice, “What kind of animal are you? Why didn’t you greet me?” The strange animal didn’t answer him. Instead, it laughed enthusiastically and kept on dancing. Also, read The Tiger Who Lost His Roar. 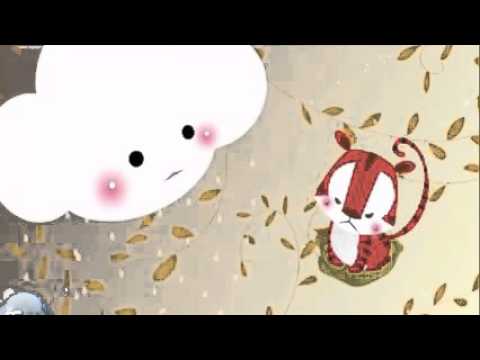 The tiger roared in anger, “In this whole forest, no one dares to behave this way in front of me. I have to teach you a lesson!” At that moment, the strange creature replied, “But I’m not an animal, I’m flame,” the Flame said and continued singing and dancing. The tiger was furious and without thinking, he jumped into the fire.

Immediately, he felt parching hot on his face and back. The tiger was panicked to realize that Flame was not easy to mess up with. He ran for his life. But the Flame did not let it go. It kept chasing until the tiger cried out in fright, “Aaa, so hot, I admit that I lost,” and jumped down to the river. The water eased the burns on his body but the burn stripes on his fur have existed ever since.

Before the tiger regained his calm, he felt something hard felling onto his back. He looked around and asked with an angry voice, “Who dared to throw gravels at me?” “I did not throw gravels on you. I’m rain!” replied Rain. “What kind of animal are you? Why haven’t I seen you before?” asked the tiger. To this, the Rain answered, “I’m the water falling from the sky, not an animal you silly tiger!” You may also like to read, The Tiger’s Stripes.

The tiger roared, “Impertinent creature! How dare you I was silly? I will show you my strength!” “I’m not afraid of you. We can compete with each other if you want. But we need to find a refree,” Rain provoked. Feeling his pride hurt, the tiger agreed with Rain’s suggestion right then.

While they were seeking for a judge, the tiger heard rustling sound echoing in distance. Then, he heard two hunter’s voice talking to each other, “You should shoot the tiger accurately, buddy!” The tiger was so scared that he turned back and hid from the hunters.

Meanwhile, Rain said, “So you are scared of them? See, what I can do!” Rain started to fall down heavier and heavier. The hunters called each other, “It’s raining heavily! We’d better put up raincoats and go home.” The tiger and Rain observed the two human running rapidly to hide from the rain.

Rain said, “You are afraid of them and they are afraid of me. Then who is the winner between us?” The tiger replied, “I lost! I’m the loser.” And from that day, he never dared to be arrogant again. Also, read The Woodcutter And The Tiger.

Here is a short visual depiction of the fable online “Flame, Rain, And The Arrogant Tiger“. See the video story below,