This is Fox And Wolf story for kids. Once upon a time, in a forest lived a fox and a wolf. They were good friends. But the fox depended on the wolf too much. The wolf would go hunting and the fox would always tag along. “Let the wolf hunt, I’ll manage to sneak away with some of the spoils of his hunts,” the fox thought. And he did as he believed. Also, read Peter And The Wolf Story.

Wherever the wolf went, the fox followed and ate without doing much hard work. Soon, the wolf became aware of his friend’s deceiving nature. So, the wolf began to avoid his friend. The wolf would go hunting without his friend and enjoy. “The fox is not a good friend,” he thought one day. “He uses me for his own gain. From this point onwards, I will stay away from him. After all, being cunning and deceiving is a fox’s nature.” 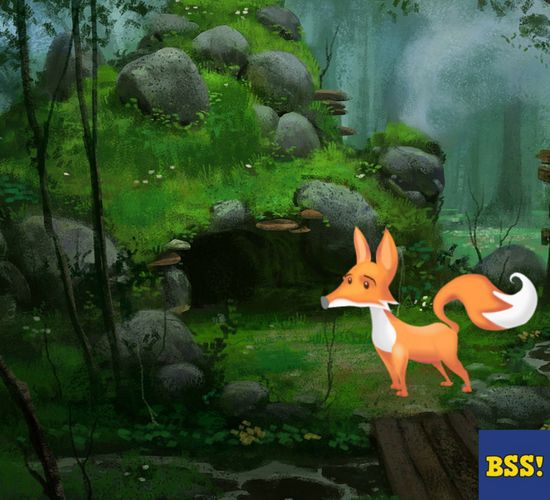 And so, as winter was fast approaching, the wolf began hunting and saving his meat for the long winter. “All the animals would stay in their shelters during winters; I should store as many animals as I can. Or else, I shall starve without any food.”

The wolf went about working hard and catching his prey. Whereas, the fox lazed around and did nothing as he thought that the wolf would take him to hunt. “I will wait until his friend goes hunting,” he thought. “It will be much easier for me. All I have to do is follow the wolf and eat with him.” The fox still did feel bad about using his friend. Also, read The Dog And The Wolf.

When many days went by and the wolf did not contact the fox, went to look for the wolf. “I wonder what he has been doing. I have managed to get by with little food, but I really wouldn’t mind some good meat”.  Searching for the wolf, the fox came to the wolf’s cave. He knew he could not simply go in and ask the wolf why he hasn’t been hunting. So, the fox pretended to care about the wolf.  “Wolf, my dear friend, are you well? I haven’t seen you in a long time”, the fox said. While he pretended to care, the fox quickly peeped inside the cave.

And when he peeped in, the fox saw the huge pile of meat the wolf had collected. The wolf coughed and said, “No friend, I have been sick for a while. I’ll come to find you when I feel better”. The fox asked the wolf to feel better and left. “I am glad he left”, the wolf whispered to himself. “I don’t want to be friends with a selfish person!”

But the wolf was hurt. “So, he is going to ignore me and hunt without me?” the fox thought without reflecting on why the wolf behaved this way.” I shall get my revenge!” pledging to get his vengeance, the fox trotted off to a shepherd and led the shepherd to the wolf’s den. Now, the wolf had killed many of the shepherd’s sheep, as they were easy prey and the shepherd was angry with the wolf. So, the shepherd beat the wolf and killed the wolf. “Now, you won’t be killing my sheep anymore!” he spat and took the wolf’s skin home. Also, read Wolf And Seven Little Goats Story.

The fox was extremely happy. He jumped and bounced with happiness, “This is what you get for being mean to me! And now the wolf, you’re dead and I’ll eat all the meat!” Even now, the fox did not realize what he had done, and it was obvious that the selfish fox would never realize what he had done. As the fox was dancing away, a hunter caught the fox and killed him. “This fur would fetch me a great price,” he said and left. The fox was punished by God, for betraying his friend.

Moral: ONE SHOULD ALWAYS BE LOYAL TO THEIR FAMILY AND FRIENDS.