A Frog Grows Up

This is one of the amazing short stories for kids to read. Momma Frog sat on her lily pad. She was looking at the pictures of her adorable, little frog. It was hard to believe that her little frog would turn five years old soon. He had changed so much since he started out as a little egg.

While she was looking at the pictures, her little frog hopped onto her lily pad. “What are you looking at, Momma Frog?” he asked. “I’m looking at baby pictures of you,” she replied. “My, how you have changed?” “Look at this picture!” Momma Frog said. “That’s you when you were just a teeny, tiny egg. I can barely see you under the water.” Also, read Tiddalick The Frog. 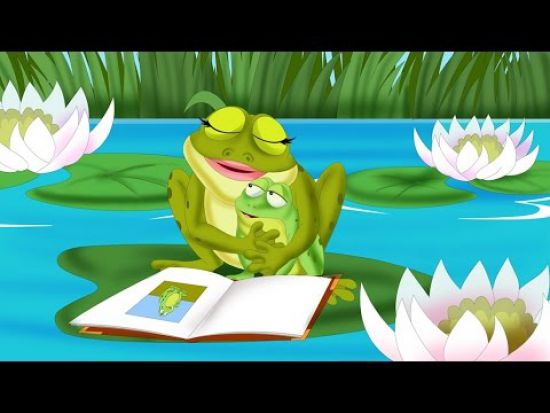 “I think you were a very cute tadpole,” Momma Frog said. “But as you just didn’t stay in your egg for long, you weren’t a tadpole for long. You ate lots and lots of algae and soon, you grew into a frog.” “So, one day, I had a tail, and one day, I didn’t?” her little frog asked. “Well, not quite,” Momma Frog laughed. “It did take a little time.”

Momma Frog gave her little frog a kiss on the head and sent him off to play.

Here is a short visual depiction of one of the awesome short stories for kids to read “Frog Grows Up“. See the video story below,