This is one of the awesome bedtime stories for children. Gerald was a tall giraffe whose neck was long and slim. But his knees were awfully crooked and his legs were rather thin. He was very good at standing still and munching shoots of trees. But when he tried to run around, he buckled at the knees. Also, read Splat The Cat.

Now, every year in Africa, they hold the Jungle Dance, where every single animal turns up to skip and prance. And this year when the day arrived, poor Gerald felt so sad because when it came to dancing, he was really very bad. The warthogs started waltzing and the rhinos rock’n’roll-ed. The lions danced a tango that was elegant and bold. The chimps all did a cha-cha with a very latin feel and eight baboons then teamed up for a splendid scottish reel. 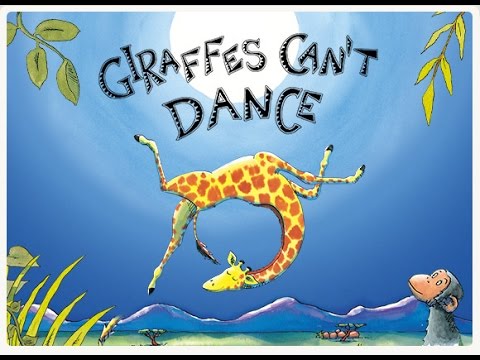 Image Source@ www.youtube.com. Gerald swallowed bravery as he walked towards the floor. But the lions saw him coming and they soon began to roar. “Hey, look at clumsy Gerald,” the animals all sneered. “Giraffes can’t dance, you silly fool! Oh, Gerald! You’re so weird!” Gerald simply froze up. He was rooted to the spot. “They’re right!” he thought, “I’m useless.” And so, he crept off from the dance floor and he started walking home. He’d never felt so sad before.

Then he found a little clearing and he looked up at the sky. “The moon can be so beautiful,” he whispered with a sigh. “Excuse me!” coughed a cricket who’d seen Gerald earlier on. “But sometimes when you’re different you just need a different song! Listen to the swaying grass and listen to the trees. To me, the sweetest music is those branches in the breeze. So imagine that the lovely moon is playing just for you- everything makes music if you really want it to.”

With that, the cricket smiled and picked up his violin. Then Gerald felt his body do the most amazing thing. His hooves had started shuffling, making circles on the ground. His neck was gently swaying and his tail was swishing around. He threw his legs out sideways and he swung them everywhere. Then he did a backward somersault and leapt up in the air. Gerald felt so wonderful that his mouth was wide open. “I AM DANCING! I AM DANCING!” Gerald cried.

Then, one by one, each animal who’d been there at the dance arrived while Gerald boogied and watched him, quite entranced. They shouted, “It’s a miracle! We must be in a dream. Gerald’s the best dance that we have ever, ever seen!” “How did you learn to dance like that? Please Gerald, tell us how?” cried all the animals. But Gerald simply twirled around and finished with a bow. You may also like to read, Where The Wild Things Are Story.

Then he raised his head and looked up at the moon and stars above. “We all can dance,” Gerald said, “when we find music that we love!”

Here is a visual depiction of one of the great bedtime stories for children, “Giraffes Can’t Dance”. See the video story below,