Penny and Rick loved their new house. “Look Rick, I can see till the lake from my bedroom window,” said Penny. Rick replied, “That’s awesome, Penny! Come and see from my window. I can see our garden.” At that very moment, their father came and overheard to what they said. He then said, “I’m glad you love your rooms children.” Also, read The Haunted Castle. 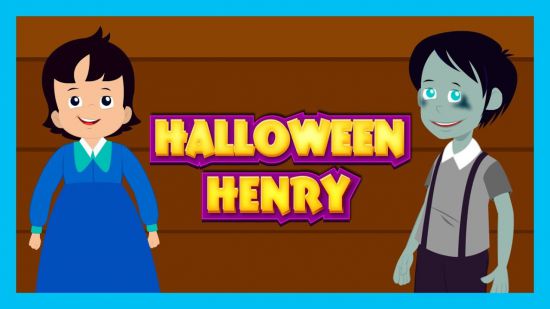 After some time, the mother suggested to tie a swing for their children. To this, Jim agreed. The children were excited by their mom’s suggestion. They quickly went to the garden and helped their dad tie the swing for them. Later, they came back into the house, had a lovely supper and everybody went to sleep.

It must have been a few hours into the night when Rick was awakened by a noise in the garden. He looked out of the window. It was the swing and Someone was on it. “Who is there?” Rick asked. Hearing the sound, whoever was on the swing quickly got off and ran away. Rick also went back into his bed and fell asleep.

The next morning, the Warrens gathered for the breakfast. “I saw someone on the swing last night. I couldn’t see clearly in the dark but it was someone short,” Rick told the Warrens. “What? That’s not possible, honey! I’m sure it was the wind playing tricks with you,” said Alice. “Oh, mother! It is possible! I did see someone last night,” cried Rick. The day wore on and everybody forgot about the person on the swing.

The day wore on and everybody forgot about the person on the swing. Rick and Penny were playing in their room when Penny called, “Hey, Rick! Look, there’s someone on the lake.” But there was no one that Rick could see. Also, read The Legend Of Jack O’ Lantern.

One day, Penny found that her Math’s homework book was missing. Soon, Rick found that his favorite cricket bat was missing. “Mom, dad, you have to believe us,” cried the children. The grown ups were about to disagree with Rick and Penny again when suddenly Mrs. Warren’s stew wok came flying at them. Everybody ducked! “It looks like the children were right. There’s a ghost in this house,” said Mr. Warren. “We must figure out what the ghost wants,” suggested Mrs. Warren. And so, everybody decided to talk to the ghost.

They waited at Penny’s room at night hoping that the ghost would come to take more of her books. And right as they were, the ghost came and went to Penny’s desk. Everybody was shocked. The ghost was no more than a boy. “How can we help you?” asked Mr. Warren. The ghost became happy and said, “That would be nice! I’m stuck here like a ghost because I died before my last wish was not fulfilled.” Also, read The Old Witch.

To this, Penny said, “Really? Please tell us how can we help?” The ghost began his story, “My name is Henry. I was a very good student and I loved Math. In the last week of my life, I had written a Math’s exam. I knew I would top the class. But before the teacher could declare my result, I died. I want to make my mother proud of me. I wish the teacher would check my test paper that she still keeps in her desk and tells my mother the score.” As Jim and Alice watched Henry’s ghost go out of the window, they decided to help him out.

The next morning, they enquired about Henry’s school and teacher. Once they had found her, they went to her and requested her to please check his paper. Just as Henry said, he scored the highest in class. “We must find Henry’s mother,” said Alice. The Warrens went to Principal and so the Warrens got the address of Henry’s mother. They set off towards the address. They found Henry’s mom and explained their case to her.

“Is my Henry alright?” asked Henry’s mom. “Yes, ma’am! And he loves doing math and he wanted you to have this,” said Rick and Penny. “My son, Henry! He stood first in class again! I’m so happy,” cried Henry’s mom in happiness. Suddenly, Henry appeared in front of his mother. You may also like to read, The Witch Who Was Frightened Of Halloween.

Suddenly, Henry appeared in front of his mother. He said, “Mother, I’m so happy to see you. I kept my promise mom. I came first in class. All I wanted was for you to know that I came first. I feel free to go now.” His mother said, “Henry, my son, I will always be proud of you. Jim, Alice, Rick and Penny, I’ll never forget this. Thank you so so much!”

As everyone watched, Henry turned into a bright light and vanished. The Warrens returned to their home never to be disturbed by any ghosts again.

Here is a short visual depiction of one of the Halloween stories for preschoolers “Halloween Henry“. See the video story below,