This is one of the most amazing kids moral story. Once upon a time, there lived a young man in a large house. He had a parrot named Polly. The young man used to wake up late in the afternoon, ate up his meals, and then go to his bed again. This was his everyday schedule. Also, read Lion And Mouse Story.

Polly was an intelligent parrot. Polly, the parrot used to sit on the window and he was aware of the fact that everyone should have the means to earn their own living. The parrot was worried about his young friend’s future. His friend’s behavior made the parrot puzzled. 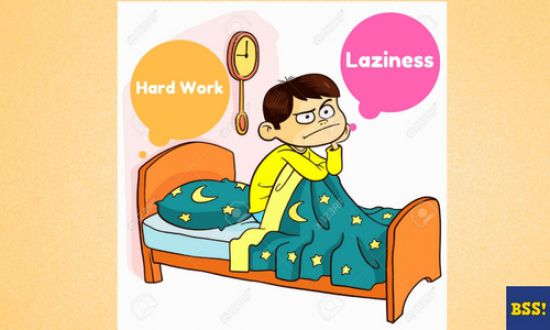 One day, Polly could not hold herself from asking his friend what is the matter! “Don’t you get tired of resting all through day and night? The sun has been out hours ago and the people have finished half of their daily routine’s work. How can you take rest all day in this world which is full of hustle and bustle? Why are you so lazy?” Polly, the parrot asked ruffling her feathers. Also, read The Thirsty Crow.

The lazy young man yawned while resting and said, “Every morning when I wake up, two of my friends came near me and starts whispering in my ears. One of them is Hard work and the other one is called Laziness.”

“Hard work tells me to get up! There is a lot of work waiting for you! Don’t waste your time in resting all day long as time is flying. On the other hand, Laziness tells me not to make a hurry in getting up. It says there are many other people who do hard work. It advises me to sleep more and more.”

The young man continued, “They keep on whispering all through the day and I keep on listening to them patiently. All my time goes listening to both of them. That is the reason of lying on the bed for a longer time!”. Also, read Self Help Is The Best Help.

MORAL OF THE STORY: JUST TALK DOES NOT HELP; WE SHOULD GET UP AND WORK.