Hawk and the Nightingale

This is a great aesop fables story, “Hawk And The Nightingale”. One sunny afternoon a hawk set out to search for food. He flew through the sky, looking for a suitable prey. All day he flew from one place to another, but he found nothing.  “I should return home now,” hawk decided. He had become tired by now. Just when he was about to return home, a nightingale caught the hawk’s eye. 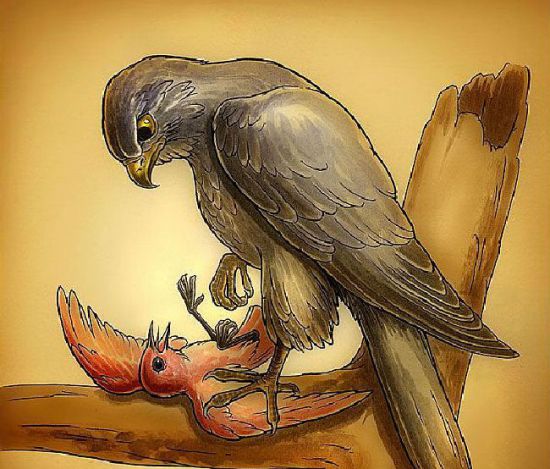 “But, please great hawk reconsider,” the poor nightingale continued to plead. “I am such a tiny bird, I won’t be able to satisfy your hunger.” The poor nightingale began crying at this point. “But why should I let you go?” the wicked hawk laughed. “It is always better to have something to eat. A little catch always better than the larger catch that I have not yet caught.”

MORAL OF AESOP FABLES STORY: DON’T LET THE THOUGHT OF GREATER THINGS PREVENT YOU FROM ENJOYING WHAT YOU ALREADY HAVE.