This is one of the best very short stories in English with moral. In a mountain village, the girl named Geeta was living in a small house. 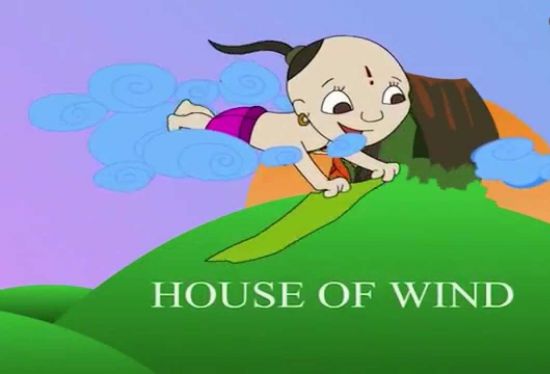 She opened the door and met the wind’s mother. The wind’s mother invited her and asked her what brought her here. Geeta replied, “The wind took out one of my clothes and I followed it.” “Oh, you look very tired,” said wind’s mother. She took her to the next room. The room was filled with delicious eatables, fruits, and sweets. “You can have whatever you want,” said the wind’s mother. Geeta took an apple which was enough to fill her stomach.

Then, they went to next room which was filled with many boxes. “Your cloth is in one of the boxes. Search for your box and take the box with you!” exclaimed the wind’s mother. Geeta searched each and every box. Many boxes had gold coins and jewels but Geeta searched only for her cloth. Finally, she found her cloth. She took the box, thanked the wind’s mother and left the palace.

When she returned home, she opened the box and was astonished to see inside the box. The box glittered with gold. Geeta sold the gold, constructed a big house and started living a happy life.

One of Geeta’s neighbor called Mala heard everything. She became jealous of Geeta. She wanted to become as rich as Geeta. So, she intently throwed her good silk cloth in the wind and followed it. She also reached the palace. The wind’s mother asked for the reason why she was here. She invited Mala to the next room for having some supper. Mala had eaten from every plate and wasted everything. You may also like to read, The Flying Carpet.

Here is a short visual depiction of one of the very short stories in English with moral “House Of Wind“. See the video story below,