This is one of the great short bible stories for kids. Once there was a man called Isaiah who lived in Israel. He knew that no one is Israel was good enough to stand before god. One day, when he was in the temple in Jerusalem, he had the vision of the lord. Isaiah saw the lord in the year King Uzziah died. King Uzziah was then the king of Israel.

In his vision, he saw the lord sitting on his throne with a long rope filling the whole temple. Around him stood flaming creatures and each of these creatures had six wings. Each creature covered its face with two wings and its body with two.The other two were used for flying.The creatures were calling out to each other and their voice shook the entire temple. It was completely filled with smoke. Also, read The Blind Beggar. 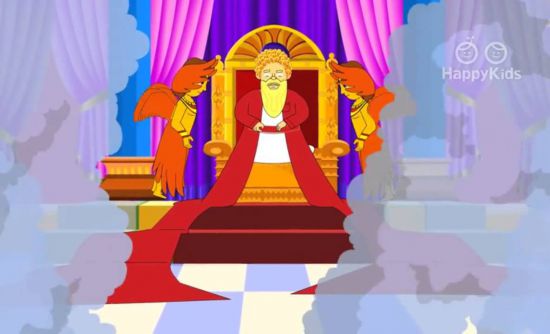 Image Source–> www.youtube.com. Isaiah was confused and scared. After some time, he gathered some courage and said to the lord, “There is no hope for me! Every word I say is sinful. I have lived amongst people whose words are also sinful!”

Suddenly, one of the creatures flew down to him with a piece of burning coal from the altar. It touched Isaiah’s lips with the burning coal and said that this has now removed all his guilt and that his sins had forgiven. Then, the lord turned to Isaiah and said that he had chosen him as his messenger. And he also commanded that he should go and convey his message to the people.

Isaiah felt honored and thanked the lord and bowed against him. You may also like to read, Samson Story For Kids.

Here is a visual depiction of one of the great short bible stories for kids, “Isaiah The Prophet”. See the video story below,