Jack and the Beanstalk Story For Kids

Jack was pleased with himself. But when he got home without money, his mother got furious and threw him out of the window. However, the next morning, outside the window with the world’s biggest beanstalk. 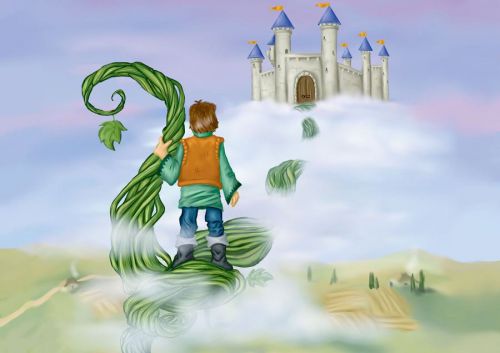 Jack was excited and wanted to know what would be there at the top of the beanstalk. He began to climb it. After a long while, the beanstalk stopped and Jack has reached a strange land with a large castle at the distance. Also read, Wizard Of Oz Story.

Jack slowly entered into the castle and saw a huge giant sleeping inside. He quietly began to explore the castle and found a lot of treasure. He decided to take some back with him so that his mother and he would no longer be poor.

Just when Jack was going to leave the castle, the giant woke up and saw Jack. He chased him loading in anger, but Jack was too fast for him. He quickly slipped down the beanstalk. As soon as he reached the ground, he took an ax and chopped down the beanstalk. The giant fell and died. Jack and his mother lived happily and they were never poor again.

Here is a short visual depiction of, “Jack And The Beanstalk Story For Kids“. See the video story below,

Jack and the Beanstalk Story For Kids Video