Jonah And The Whale Story

This is Jonah And The Whale Story for kids. Long, long time ago,  Jonah was a prophet who lived in Israel. More about Jonah.

One day, as Jonah was walking, a bright light appeared before him. Jonah heard God’s voice. The God had given Jonah a job to do. Instead of listening to God, Jonah set off in another direction. You may also like to read, Isaiah The Prophet. 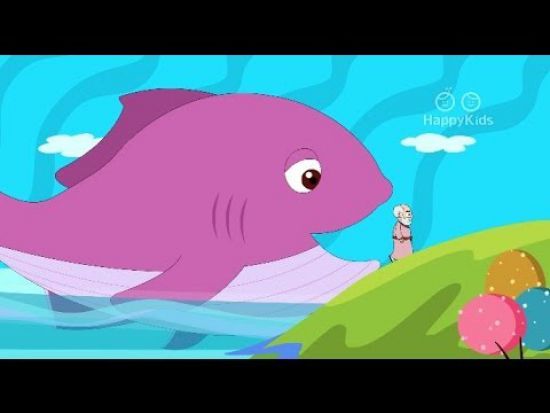 jonah and the whale story

Image Source@ www.youtube.com. Jonah immediately walked towards the sea. Suddenly, there was a dangerous storm and the waves were running very high. The boat was tossing and turning and was niggling up the sea. Everyone on the boat was really scared. They did not know what to do.

They tried to lighten the boat by throwing stuff over board. But it did not help. They asked Jonah to pray to his God to rescue them. Jonah, in his heart knew that it was because of him that the lives of the others were in danger. He told his fellow sailors, “Throw me into the water!” Jonah knew that the God is with him. He would rescue Jonah.

The storm just got worse. All the sailors tried hard to row to the shore but they were too tired. They could not row any longer. Praying for forgiveness to God, the fellows threw Jonah into the water. To everyone’s amazement, the sea stopped raging at once.

God heard Jonah’s prayers and sent a huge fish to rescue him. Jonah was inside the belly of the fish for three days and three nights. Jonah prayed to God for help from inside the fish’s belly. The God appeared and spoke to the fish. When the time came and it was safe for Jonah to come out into the world, the fish spit him out. Also, read King Solomon Story.

Jonah was happy to be out of the dark belly of the whale. Then again, the Lord assigned the same job to Jonah. This time, Jonah obeyed god and left right away.

Here is a short visual depiction of “Jonah And The Whale Story”. See the video story below,

Jonah And The Whale Story Video