This is the little red riding hood short story for kids. Long ago, there lived a pretty girl who always wore a red cape with a hood. She was known as a little red riding hood. One day, she was going to visit her grandmother who stayed deep in the woods. Her mother warned her of talking to strangers. Also, read Rapunzel Short Story.

In the forest, lived a bad wolf. The wolf saw a red riding hood and wanted to eat her up. He went and spoke to her and found out where she was going. Firstly, he decided to eat her grandmother and then wait for her. He reached grandmother’s house and gobbled her up the whole. Then he quickly wore her clothes and tucked himself into bed waiting for the granddaughter. 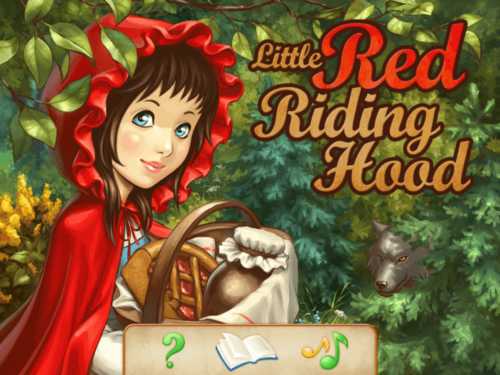 When the red riding hood arrived, she was surprised at her grandmother’s big arms and ears and big teeth. The wolf laughed a wicked laugh and pounced on her in a flash. Red riding hood was very scared and screamed for help. A kind woodcutter was passing by the house, he saw the big wolf trying to catch the little girl. He immediately hit the wolf on his head with his ax.

The woodcutter and red riding hood cut open the wolf’s stomach and out came grandma. She hugged Red Riding Hood with joy. The big bad wolf couldn’t hurt anyone ever again. From then on, the red riding hood remembered never to speak to strangers again. Also, read Cinderella Story.

Moral of the story: “Never talk to strangers”.

Here is a short visual depiction of one of the most famous short stories for kids – “Little Red Riding Hood Short Story“. See the video story below,