This is one of the adventure stories for kids which has been adapted from the works of Katharine Pyle. Once upon a time, there lived a king who loved his son dearly. Upon turning old, the king had only one wish, to see his son get married before he died. “I have been to many lands, but not once have I found a suitable bride!” the prince told his father.

“Then take this,” the king hands a silver key to his son, telling him that it unlocked an old tower room in the castle. The king asks the prince to go to the room and have a look, “then return and tell me what you have seen. Whatever you do, don’t draw the curtain on the right side,” the king warned his son. 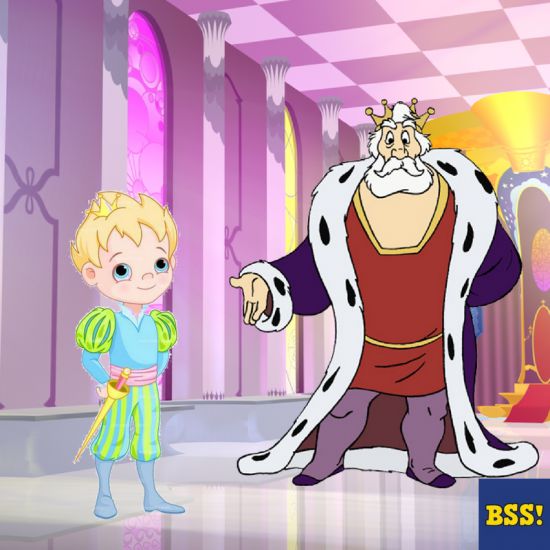 When the prince reached the room, he became astonished. It had twelve sides, and all sides had a picture of a beautiful princess. The pictures were not only beautiful but also seemed alive. Only one picture was covered with a curtain of velvet embroidered intricately with gold and precious stones. He could not resist taking it off, and when he did, he fell in love.

The prince rushed to his father and told him everything. “Alas! Alas!” exclaimed the aging king, “What have you done?” “The maiden in the twelfth picture, I shall marry her and only her. I’ll look for her, even if I have to go to the ends of the world to find her!” the resolute prince announced. Also, read Gullivers Travel Summary.

“It is true that the princess in the picture is the most beautiful princess in the world. Unfortunately, a few years ago an evil wizard fell in love with the princess and carried her away to his Iron castle. This castle is situated beyond the forests and the mountains. Many princes’ and heroes have gone in search of her, but none of them have returned,” the king told his son.

Fully aware of the circumstances, the prince decides to leave for the Iron castle despite his father’s protests. And so the prince left his palace in search of the princess. He rode and rode, and finally came to the forest. There, he found himself to be quite lost. The prince met a few new friends, all strangely amusing.

First, he met, Long, who could extend his body, next he met Broad who could grow as big as a mountain and lastly he met Sharpsight, who could see very well and kept his eyes bandaged. Sharpsight’s eyes could even melt rocks. They all asked the prince to take them into his service. And then, the adventure of finding the beautiful princess began. You may also like to read, The Adventures Of Sinbad.

After traveling for a long time, at last, they arrived at the Iron castle. As the prince and his companions got closer to the castle, the atmosphere became gloomier. As soon as they reached the castle doors, the prince knocked on the gates with his sword. But once inside, they couldn’t see anyone around.

After searching the rooms for any sign of living beings, they came to a large dining hall. The table had been laid for four people with all kinds of food and drinks. They were served the food and drinks by an invisible hand. The moment they were done eating and drinking to their heart’s content, the great doors of the dining hall burst open and in walked the magician with the princess, who seemed sad.

“I know why it is that you come here, young prince,”  the evil magician spoke wickedly. “Many have come and failed, you too shall try. For three nights you have to keep watch on the princess, and if each morning when I come she is with you, then you can marry her.”

The prince agreed. But he had a condition, “My three companions will participate as well,” says the prince to the magician, who agrees. And so the first night, when the prince becomes drowsy and loses sight of the princess, Sharpsight helps him locate the princess. “She is in the acorn, on the highest branch in the tallest oak in the forest,” Sharpsight tells the prince. Long extends himself and gets the acorn to the prince.

The second night, the princess again goes missing. The wicked magician plays an evil trick and turns the princess into a rock. Yet again, Sharpsight comes to their rescue and spots the princess before the magician could come. “Two hundred miles away, in the desert, there is a rock with a golden ring in it, that’s her.” Again, Long extended himself, walking twenty miles with each step and brings the princess back. When the evil magician came in the morning, finding the princess in the castle he becomes furious.

On the third and the final night, the magician turned the princess into a pearl in a sea shell in sea three hundred miles from the castle. Sharpsight spotted her once again. This time, the prince sent Broad along with Long. Upon reaching the sea, Broad drank up the sea water while Long went a retrieved the sea shell. Also, read Treasure Island.

The magician sees the Princess with the prince in the castle and becomes furious again. But holds his end of the bargain and leaves the princess in the young prince’s care. The moment the evil magician sets the princess free, all the other suitors who had been turned to stone when they came in search of the princess, were too brought back to life. Soon, the prince returned to his kingdom with the most beautiful princess and married her. The king lived to see his son get married. Ever since then, the prince and princess have lived happily.