Mater And The Ghostlight

This is the Mater And The Ghostlight story for kids. In the heart of Radiator Springs which was far away from the hustle and bustle of everyday’s hectic life, lived a few cars peacefully. They lived together in peace and happiness. Among them was Mater. Now, Mater was an old rusty tow truck. And Mater loved to play tricks on other cars to spook them out. He especially loved scaring Lightning McQueen. 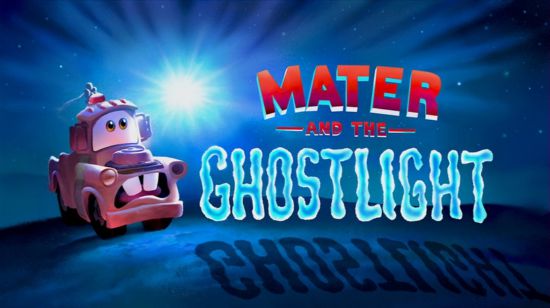 Mater And The Ghostlight

Image Source @pixar.wikia.com. All the others who were watching began to laugh at McQueen. “If only you moved that fast on a race track”, laughed Doc Hudson. Mater who had been enjoying his antics teased McQueen by saying, “you look scared. As if you saw the Ghostlight!” Just then Sheriff made an entrance, “Mater!” he called out, and warned Mater not to make fun of the Ghostlight, for it was no laughing matter.

Now Lightning McQueen was new to these parts. So, he had no idea what or who was this Ghostlight. “What is this, Ghostlight?” he asked. Everyone shifted and made way for the Sheriff, who explained what Ghostlight was. “It is an orb of blue light, which haunts these very parts”. Mater looks at Lightning McQueen and assures him that the Ghostlight isn’t real. Also, read Winnie The Pooh Story.

“It is real!” the Sheriff announces to everyone. “It haunts the roads on such dark nights as tonight”. He goes along and tells them a tale about the haunting of the Ghostlight. “Remember, the one thing that angers the Ghostlight the most is clanking sound of metal!” Hearing this Mater, couldn’t stop shaking, and his old body kept making sounds. “When you had home tonight, be very careful. The Ghostlight could be anywhere!”

After saying goodnight, all the others ran away. Poor Mater was left to go back alone. He kept shaking all the way back. Every shadow made Mater jump. Then, he heard a noise and saw a light. At first, he was scared that the Ghostlight had come for him. Then he said, “the Sheriff said the Ghostlight was blue!” and the moment he thought there was no danger, a strange blue light shone from behind him!

“The Ghostlight!” yelled Mater. And then he ran. He ran as fast as he could, skidding, sliding, he even made Fred and the tractors turn over! He yelled and screamed and did not dare to stop. “The Ghostlight has come to haunt me!” he screamed! As Mater screamed and yelled, all the other cars stood by the road and observed Mater and his hysterical Ghostlight haunting. Also, read Adventures of Gummi Bears.

What Mater did not realize that Lightning McQueen had a cruel idea to spook Mater for once! And he had attached a lamplight in his tow hook. After a long run, Mater finally got tired. It was then that he realized that he had been tricked. Looking at the ordinary lamp he said, “wait a minute. This is no Ghostlight!” By now all the other cars had gathered around and they laughed together.

Mater was annoyed, “this was a joke. I knew it the whole time,” he said. Sheriff stepped forward and said, “you see son, the only thing that you can be scared of out here is your imagination! And nothing more!” All the others only laughed. “Yeah that, and well,” Doc Hudson added, “the screaming Banshee! Goodnight all!” After saying that the old Doc Hudson swooshed away.

And soon after, all the other followed, leaving poor Mater alone, again! “The screaming what?” Mater asked. As a result, he had started shaking again! Also, read Disney Tangled Story.

Here is a short visual depiction of the “Mater And The Ghostlight“. See the video story below,

Mater And The Ghostlight Story Video