This is the third part of Minions Despicable Me short story. Bob, the sweet little minion, henchman of Scarlet Overkill, is now the King of England. Instead of stealing the royal crown for Scarlet, Bob is now wearing it himself! He is escorted to his new palace home in the limousine with Kevin and Stuart by his side.

A royal adviser opens the door and welcomes all to the Buckingham Palace. Bob peeks out from the window and sees the row of guards in their official uniforms. Bob is intimidated and makes a request. A moment later, Bob steps out of his limousine. The guards are now all dressed in yellow and wearing denim overalls, just like Minions. Bob sighs happily, “Aww Buddies!” He gives each guard a hug. 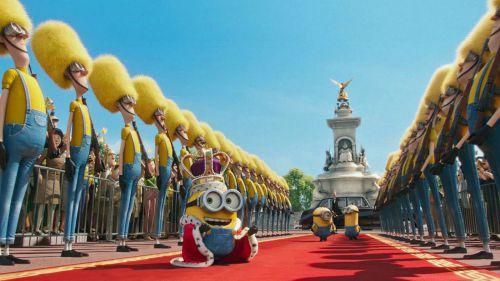 It’s time for King Bob’s royal address. Bob walks out onto an enormous balcony. Thousands of people are gathered below, waiting to hear their new leader’s wise and thoughtful words! Bob looks around, clears his throat and blinks a few times and says nothing. “KING BOB!” he shouts at last. The crowd erupts in cheers. Bob delivers a long speech in Minionese but the crowd looks on in confusion. So he shrugs and yells, “KING BOB!” The crowd goes wild again.

Back inside the palace, the minions make themselves right at home. Bob slides down the Banister of the grand staircase. Kevin plays polo while riding a royal dog. Stuart takes a long soak in the palace spa. With so many fancy things to use and royal perks to enjoy, the minions nearly forgot all about Scarlet Overkill. Bob and his friends are really happy and wish that all the minions come here and play polo together. 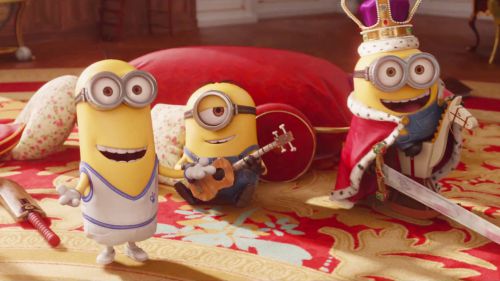