Miss Mary Mack is also popularly known as Mary Mack. It is a clapping game played by all the children especially in English speaking countries. It is a popular nursery rhyme and a game in various parts of the United States, Australia, Canada and New Zealand. It is one of the most common hand-clapping game in the English speaking world. You may also like to read, Three Little Pigs Song.

In this game, two children sit facing each other and clap their hands till the rhyme goes on. Also, in some countries, it was previously known as jump rope rhymes. There are various versions of this song but here is the most popular version of this song. In some versions, Mary Mack asks her mother for fifty cents rather than fifteen cents. Read and sing along! 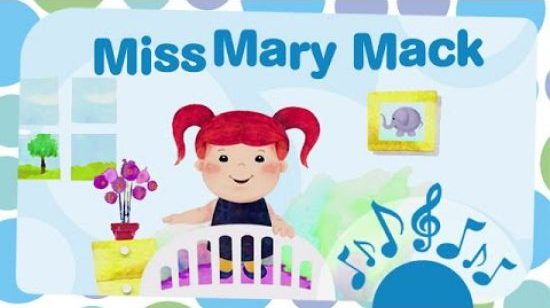 They jumped so high high high

They reached the sky sky sky

Till the fourth of July -ly –ly.

They jumped so low, low, low

They stubbed their toe, toe, toe

And that was the end, end, end,

In this rhyme, there is a girl named Mary Mack who is dressed in all black clothes. Her black dress has silver buttons all down the back. Mary Mack asks her mother for fifteen cents to visit and see the elephants jumping over the fence. The elephants jump so high that they reach the sky. As a result, the elephants never came back till 4th of July. Also, read Five Little Monkeys Jumping On The Bed.

Mary came back and asked for five cents more so that she could see the elephants. But when she sees them again, she noticed that the elephants have jumped over the doors. But this time, they jumped quite low. They accidently struck their toe while jumping. And that was the end of the elephant show.