Monkey And The Dolphin Story

This is the Monkey and The Dolphin Story for kids. One day long ago, some sailors set out to sea in their sailing ship. They used to go for long voyages. One of them brought his pet monkey along for the long journey. When they were far out at the sea, a violent tempest arouse in which the ship was wrecked. The sailors, the monkey, and all the crew were obliged to swim for their lives. A terrible storm overturned their ship. Everyone fell into the sea and the monkey was sure that he would drown. Also read, Monkey and the Cap Seller Story.

Everyone was in great danger. The monkey was trying to save himself. A dolphin saw the monkey fighting with the waves. Suddenly, a dolphin appeared and picked him up. They soon reached the Island. And the monkey came down from the dolphin’s back. The dolphin asked the monkey, “Do you know this place” The monkey replied, “Yes, I do! In fact, the king of the Island is my best friend. Do you know that I am actually a prince?” 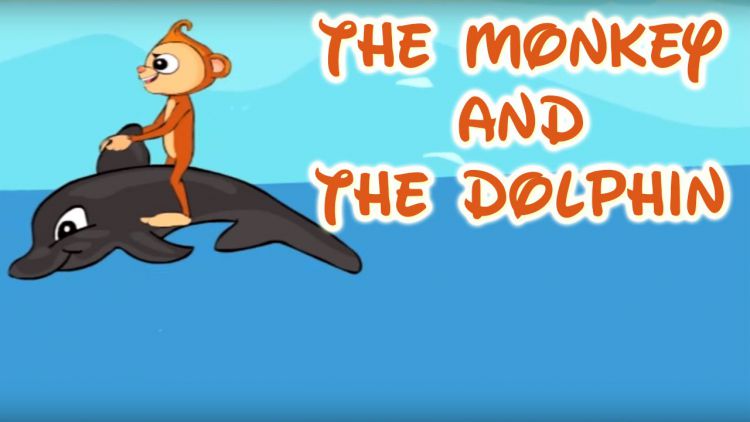 monkey and the dolphin story

Image Source –> www.youtube.com. Knowing that no one lived on the Island, the dolphin said, “Well! Well! So you are a Prince! Now you can be the King!” The monkey asked, “How can I be the King?” As the dolphin started swimming away, she answered, “That is easy as you are the only creature on this Island, you will naturally be the King.” The dolphin, indignant at these falsehoods went away leaving the monkey on the Island. You may also like to read, Crocodile And Monkey Story.

MORAL: THOSE WHO LIKE AND BOAST MAY END UP IN TROUBLE.

Here is a visual depiction of, “Monkey and The Dolphin Story”. See the video story below,

Monkey and The Dolphin Story Video

Tagged with: monkey and the dolphin story