This is one of the best small inspirational stories in english for kids to read. Once upon a time, there lived a little girl with her mother, father, and a little brother. One day, she wanted to eat apples, so she asked her mother to give an apple. Instead of one, her mother gave her two apples. She was sitting on a chair holding two apples in her hands. You may also like to read, Unity Is Strength.

Her mother came to her and softly asked, “Honey, can you share one apple with me?” The girl looked at her mom for a second and suddenly took a bite of one apple. Then she quickly took a bite of the second apple. The mother could not understand what her daughter was up to. 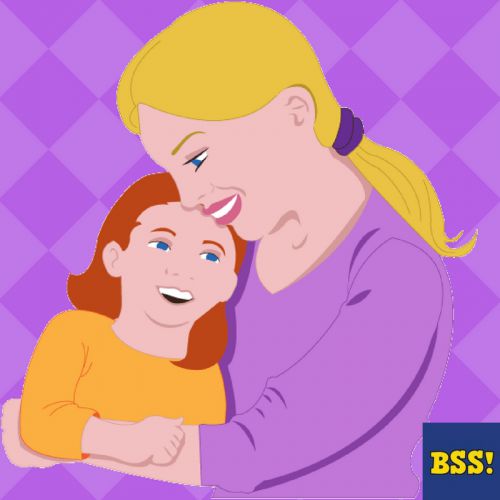 Seeing this made the mother feel sad but she did not want to reveal her disappointment. She was disheartened after seeing her child’s behavior. She anyways smiled and avoided her daughter’s actions.

After a few moments of silence, the little girl handed one of the apples to her mother and said, “Mom, take this one! This is the sweeter one!” Suddenly, the mother realized the mistake of quickly judging her little daughter before understanding her true intention. The mother was feeling very sorry. She was amazed by her daughter’s behavior. Also, read Courtesy.

Likewise, in life, we should always avoid judging others by our own level of perception and understanding. There is usually more to the story than we see, and we should always remain open-minded.

Moral Of This Inspirational Short Stories: