Olive The Other Reindeer 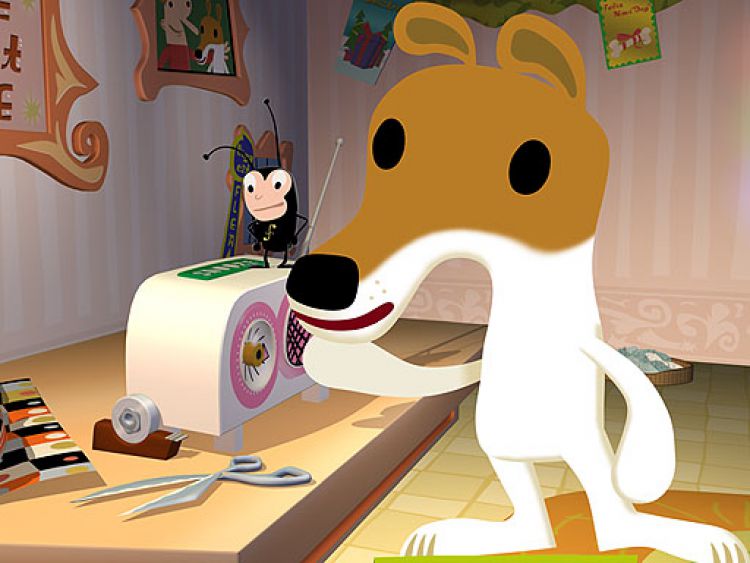 It was the time of year when all reindeer reported to the North Pole to help Santa Claus. Olive put down his scissors carefully and marched out of the door. She took one bus and then two buses. She got there just in time. Santa was checking his list for the second time. Elves were busy helping the reindeer and loading the sleigh with presents for all of the good girls and boys. Everyone was getting ready to go.

Oliver took her place. Santa noticed that there was a little dog in the line-up. Santa knew a lot about the dogs, for instance, they can’t fly. But as it was time to go, Santa decided to give Olive a chance. Comet, the biggest reindeer used a piece of extra ribbon to make sure Olive was tied in safe and tight. Now they were ready to go.

Olive was surprised how easy it was to fly. The other reindeer were very curious about the new helper. They looked at Olive so much that they weren’t watching where they were flying. CRASH! They flew smack into the top of the too tall tree. “Oh dear, my sleigh is stuck in the tree. I’ll have to cut it free,” said Santa. Olive clung to the side of the tree. She tried to fly up to help Santa but she couldn’t. She climbed up slowly and started chewing. Chewing sticks were something Olive could do well. “Thank you, Olive!” said Santa as they got back on their way. You may also like to read, Rudolph The Red Nosed Reindeer.

They had not traveled far when Olive’s nose began to twitch. She smelled trouble. It was the smell of gumdrop candies as they fell from the sleigh. DROP! DROP! Olive barked and Santa knew what to do. He steered the reindeer down and around so that all the gumdrops fell back into the toy sack. “We were very lucky to not lose a single gumdrop,” thought Olive.

She spun around her string to see the night sky with falling flutes. Olive had to howl louder than the wind instruments. “First gumdrops and now flutes! That tree must have torn a hole in my sled,” thought Santa. “Prepare for an emergency landing,” Santa instructed.

The sleigh landed in a snowy field full of flutes. Luckily, Olive was very good at fetching sticks. It is something dogs love to do. Before Santa had finished patching the hole in the sleigh, Olive had returned each and every flute back to the sack. “Ho! Ho! Ho! We’re ready to go!” said Santa. They were running late. But after a while, all the good children received their presents and Santa and his team headed home. Also, read Santa’s Christmas.

They were almost home when they got caught in the dreaded North Pole fog. The reindeer slowed down until it was only the breeze that could move them along. The fog was as thick as the pillow. It made everyone feel sleepy. Then Santa remembered something about dogs- they are expert smellers! 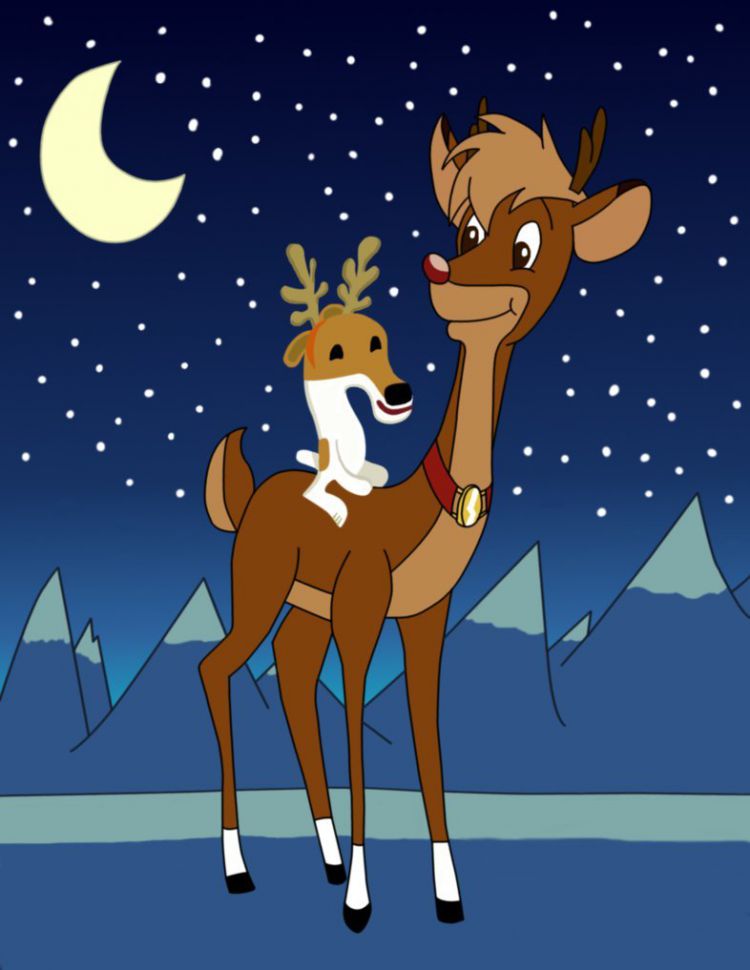 “Olive, I’d hate to be late for breakfast. Mrs. Claus had planned a parade of cookies. You can almost smell them, can’t you?” Olive could smell the cookies. “Olive, won’t you guide my sleigh this morning?” asked Santa. Olive moved to the front of the reindeer. Thanks to Olive’s nose and Mrs. Claus’s baking that made it all the way back to the North Pole. All the elves sang out a cheer, “Hurray! Santa, reindeer and the little dog are back!”

Back at the North Pole, it was a glorious morning. After eating lots of good food, it was the time to open presents. The reindeer got the jump ropes and the elves got the toy trains. Santa reached into his toy sack. There was just one present left. It was for Olive. It was her very own set of reindeer antlers. They fit perfectly. Then everyone went outside to play reindeer games. Also read, Bernie The Reindeer.

Here is a visual depiction of, “Olive The Other Reindeer”. See the video story below,

Olive The Other Reindeer Story Video