Oranges and Lemons is a popular nursery rhyme in the English Language. This poem is most commonly sung in the manner of a game. This game comprises of all the bells in the churches in or close to the city of London. This poem counts down the names of the churches of the city and of the ones in the nearby cities as well. There are many theories concerning the origins of this poem. But nothing for certain has been established. The varying names of the churches in the many versions of this poem make are highly difficult to establish something concrete. Also, read Miss Mary Mack Song.

As a singing game, the two children face each and hold their palms together; clasping them and raising them above their heads, thereby creating an arch. All the others file one after the other in pairs and run under the raised arch. While singing the concluding lines of the poem, the arch falls on the person who happens to be under it at that point of time. In this manner the pair caught, makes the new arch and the others follow. 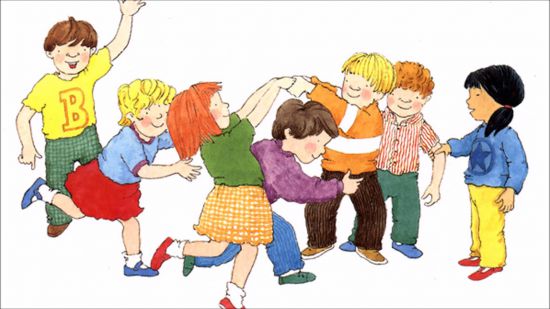 Say the bells of St. Clements

I owe you five farthings

Say the bells of St. Martins

When will you pay me?

Say the bells at Old Bailey

When I grow rich

Say the bells at Shoreditch

When will that be?

Say the bells of Stepney

I’m sure I don’t know

Says the great bell of Bow

Here comes a candle to light you to bed

Here comes a chopper to chop off your head

“Oranges and Lemons”, is used to begin the poem. Further, the children call out a church’s name. Next, they sing that they owe five farthings. Farthing was an old form of a coin which has now been withdrawn. They sing the same lines again but the name of the church changes.

Next, we find them questioning as to when will they be paid. To which the say whenever they get rich. Throughout the poem, the names of the churches constantly change. The next question after is “When will that be?” To which they sing that they surely don’t know. You may also like to read, Ding Dong Bell.

After that, the poem concludes with a candlelight coming to the bed. Around this part the children get ready to get “caught”, the pair for the arch will be chosen now. In the next line the word “light”, is replaced by “Chopper”. And the last line they children mimic the chopping sounds and the say that it is going to fall on the last man’s head. And so the arch made by the children falls on the passerby, who in turn become the arch in the next game.