Paying Back In The Same Coin

This is one of the best fables for kids to read, “Paying Back In The Same Coin”. Once, there lived a jackal in a forest. A crane was his friend although the jackal was a selfish and a shifty character. And a glutton he was, especially fond of good food. Read more Aesop Fable Stories.

On his birthday, the jackal invited a lot of his friends to his party. The most of them came with various kinds of presents. The jackal very greedily collected all the gifts. A feast was promised at the end of the party. The jackal announced, “Friends! I had so lovingly cooked a yummy sweet dish for you all, but unfortunately, a dead snake fell into it and died. I can’t tell you how embarrassed I feel. Such a tragedy! I can’t feed you poison, can I? I apologize to you all!” 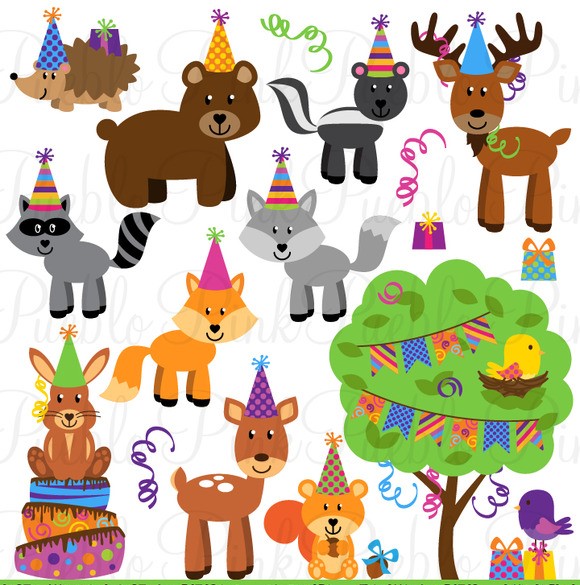 All the faces fell but they asked jackal not to feel bad because it was an accident. One by one all began to leave. The crane also stood up and came to the jackal to take leave. The jackal whispered to him, “Don’t leave. We shall eat the whole sweet dish. I lied to get rid of all those free loaders. No snake fell in the sweet dish. It was just enough for two of us and you know I eat well! The crane did not like it. It was so mean of the jackal. But he could not spell it as he didn’t want to offend his friend.

After all the guests were gone except the crane, the jackal brought the sweet dish in a big flat plate. The sweet dish was spread all over the surface like a coating. The jackal invited the crane to partake the dish. The poor crane could get nothing in his long beak, but the jackal lapped it with his mop like tongue. Also read, The Jackal And The Drum!

The crane realized that the greedy jackal had done that in purpose to lap up all the sweet dish cheating his friend out of it. How shameful! The crane felt bad about it and made up his mind to teach a lesson to his selfish friend. While seeing off the crane, the host shamelessly remarked, “The sweet dish was delicious, wasn’t it? My tongue is still savoring its memory. Yum! Yum! Yummy! Hope you loved it!”

The crane replied, “It was superb. I feel so obliged that O won’t be able to forgive myself if I did not throw a party in return. I know a lovely chicken soup recipe. Must treat you to that, you will never forget its taste.” “Chicken soup!” the jackal jumped in joy. His mouth had already started watering.

He asked excitedly, “Friend, when are you throwing that party?” “The day after tomorrow. Come to my place at 4 pm on time. Will you?” asked the crane. “I will, I will be there right on time,” the jackal said licking his lips. 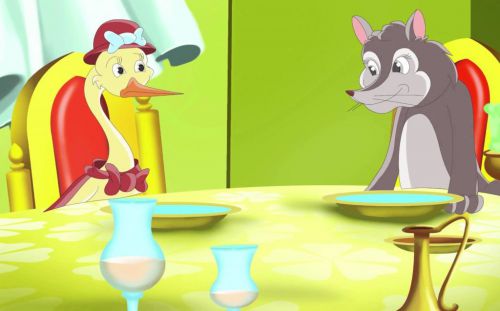 On the third day, as arranged greedy jackal went to the crane’s place at much before 4 pm. The crane had invited all other friends of him. They made merry and danced together. Soon, the dance ended and all were gone, except the jackal. He was keenly waiting for the delicious chicken soup. He had not eaten in the day to make room for the soup in his stomach.

Soon, the crane gave the good news that the celebrated chicken soup was ready to serve. After a minute, the crane brought the soup in the long-necked jars and placed it in front of the jackal and invited him to partake. The crane dipped his long beak into the jar and began consuming the soup. You may also like to read, The Crane And The Crab.

The jackal stared at the jar put before him in utter dismay. He could only smell the flavor coming out of the jar. The jackal could not put his tongue through the narrow neck and just kept licking the jar. The crane loved the scene. Any drop of soup falling from the beak of the crane was licked up by the jackal instantly. The smell of the soup was delicious.

After the meal, finally, the crane asked, “Wasn’t the soup heavenly even better than your sweet dish?” The jackal understood the taunt. He said, “Alright friend, I am getting paid in the same coin I paid you! I have no right to complain.” The jackal returned home having learnt the lesson not to be a cheat.

MORAL: DO TO OTHERS WHAT YOU EXPECT OTHERS TO DO WITH YOU. A BAD DEED BEGETS BAD DEED.