Pinocchio and the Talking Cricket

This is the famous Pinocchio story with pictures for kids. Once upon a time, there was a carpenter called Geppetto. He lived alone in a humble workshop, surrounded by clocks and magic boxes made out of wood and dreamed about having his own little boy to keep him company.

One evening, when he was feeling very lonely, he decided to carve a puppet out of wood. Geppetto was such a fine carver that when he was finished, the puppet almost looked real. “I’ll call you Pinocchio,” he said, “Oh, How I wish you were a real boy.” And then, tired Geppetto went to bed. 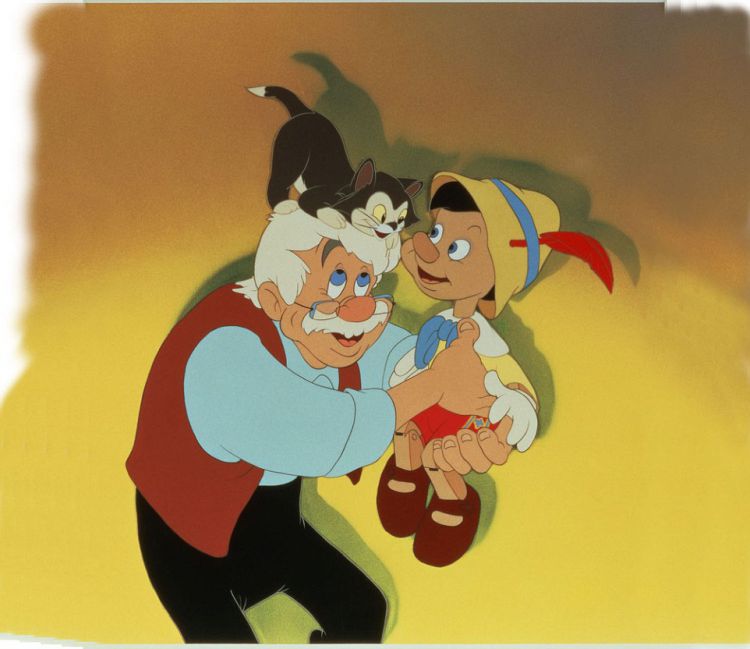 Image Source @www.dailymail.co.uk. While Geppetto slept, the blue fairy came and gently whispered in his ear: “Kind Geppetto, you have always been so good to everyone, I will grant your little Pinocchio the gift of life.” And in a wave of her magic wand, Pinocchio was alive! “Look at me! I can talk, I can walk, and I can dance, too!” said Pinocchio excitedly. Geppetto woke up from all the noise, and much to his great surprise, he found that his wish had come true. “My little wooden boy! You’re alive!” And they started to dance happily around the room together. The blue fairy also gave them a little companion who would look after Pinocchio. It was called the Talking Cricket.

The very next morning, Geppetto gave Pinocchio some money to buy books and sent him on his way to school. “Now Pinocchio, don’t stop on your way, but go straight to school,” Geppetto told him. Pinocchio was happily walking down the street on his way to school when he met a boy who was playing hooky from school that day. “Where are you going with all that money?” the boy asked. “I’m going to buy books and go to school!” Pinocchio replied. “Why don’t you go and buy candies instead?” the boy slyly suggested.

Suddenly, the little talking cricket jumped up on Pinocchio’s shoulder and whispered in his ear, don’t do it, Pinocchio. Don’t listen to what that boy says! But Pinocchio didn’t care about the talking cricket and went inside the candy shop instead. “Did you get all that money just for candies?” the lady in the store asked Pinocchio. “Oh yes, my father wanted me to buy them!” Pinocchio replied.

All of a sudden, Pinocchio’s nose started to grow longer. As he went out of the store, the other boy quickly stole the candies from Pinocchio and ran away. Pinocchio had been tricked. The talking cricket saw Pinocchio now had less money than he had before, so he asked, “What happened to the money, Pinocchio?” “I, I lost it” Pinocchio replied and his nose grew even longer!

Pinocchio went on his way again and met a fox and a cat who said to him, “Hey boy, we bet you want to go to a puppet show! We have this ticket that will cost you just five coins!” Pinocchio thought that it was a great idea and he decided to go. “I have five coins here that my father told me to spend on some amusement!” And there, his nose grew again.

Pinocchio tried to go to the show but the ticket they gave him wasn’t a real one. So when the ticket taker wouldn’t let Pinocchio into the show, he sat down in a corner to cry. A strange large man with a long, black beard found Pinocchio crying. It was Stromboli, owner of the puppet show! He was amazed to see Pinocchio. Here was a puppet with no strings. Stromboli then quickly invited Pinocchio to be part of his show. Also read, Pinocchio And The Good Fairy.

Pinocchio went on stage and he danced, and skipped, and sang while Stromboli acted with the other puppets. The audience loved Pinocchio and they clapped enthusiastically for him, keeping time with the music. Pinocchio got more and more excited and he didn’t look where he was going, when all of a sudden, his long nose tangled with the other puppet’s strings and the show was over with the entire crowd laughing and cheering for the performers.

Pinocchio was tired from all that performing. He missed Geppetto and told Stromboli that he wanted to go back home, but Stromboli had a different idea. He grabbed Pinocchio and threw him into a cage. “You’re mine now!” Stromboli announced. While Pinocchio sat in the cage and cried, the talking cricket appeared again and said, “See Pinocchio, If you had gone to school as Geppetto told you, none of this would have happened!”

But the cricket took pity on Pinocchio and decided that he deserved a second chance. He scurried off to Geppetto’s house and told him all that had happened and that Pinocchio now needed his help. And Geppetto hurried to the puppet show where he found Pinocchio and rescued him from Stromboli’s cage. “Thief, thief!” yelled Stromboli as he ran towards Geppetto. “That puppet is mine!” 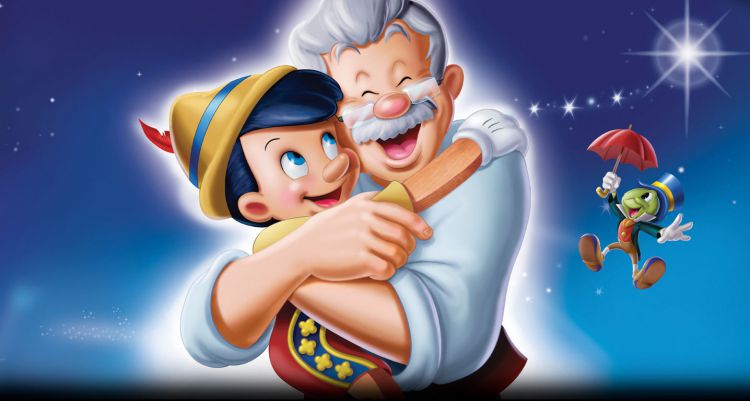 Image Source @www.keyword-suggestions.com. Pinocchio thought fast and he tripped Stromboli who fell head first into a box of puppets. As a result, Pinocchio and Geppetto managed to escape and they both returned safely back home. “Oh, Pinocchio!” Geppetto said, “Look at your nose. That is what happens to little boys who tell lies.”

Here is a visual depiction of, “Pinocchio Story With Pictures”. See the video story below,