This is one of the best short fairy tales for kids that of, “Prince And Pauper“. Once upon a time, a son was born to a king and queen. He was called Edward, and everyone in the palace rejoiced and blessed the infant prince. That same day, another little boy was born to a very poor family. His name was Tom. His family was so poor that they rarely had enough money to buy food. Prince Edward always had plenty of food and beautiful clothing. The king doted on his only son and raised him in comfort and love.

Tom grew up in poverty and hunger and had to beg strangers for a bite to eat. His father was cruel and mean. Tom was upset and left home and wandered the streets aimlessly until he found himself before a magnificent palace. The guards stopped him from entering the palace. 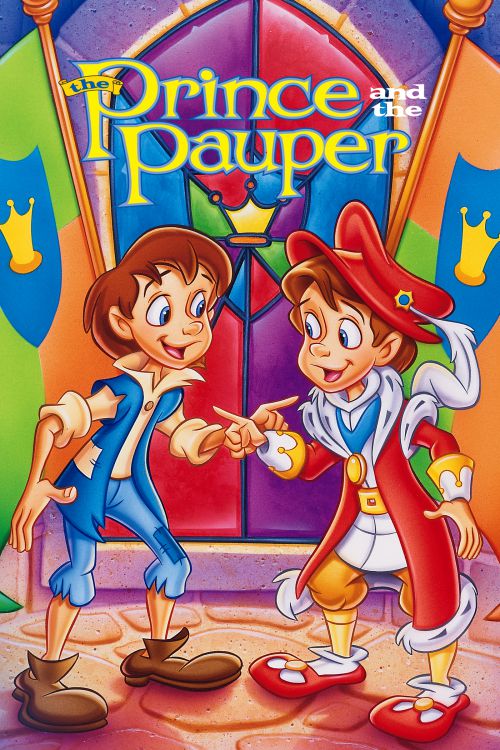 Just then, Prince Edward was returning from a stroll when he heard the guard’s angry shouts. But being a good prince, he commanded the guards to let him enter the palace. The Prince gave Tom many good things to eat. They decided to swap their places. Tom was hesitant but he didn’t dare argue with the Prince. The two boys exchanged clothes and they were amazed to see how much alike they looked.

Dressed as a pauper, the Prince walked out of the palace as he wanted to see the outside world. The guard frowned at him angrily. The guard threw the Prince out of the castle. Meanwhile, Tom’s father, who had been searching for him through the streets, saw the Prince and rushed towards him. He ill-treated the Prince like always did. And in the palace, Tom was little better off. However much he tried to tell that he was not Prince Edward, no one would listen. Even the servants didn’t believe him. Tom had no choice but to continue his masquerade.

The Prince was beaten by Tom’s father everyday. The Prince was afraid of him and no longer tried to argue. As he had made his way through the village, the Prince thought about the things he had experienced. He wanted to punish Tom’s father but no one at the palace would recognize Edward as the true Prince. Edward continued to go from door to door, but no one in the village wanted to give him any food. Edward kept wandering the village, but he couldn’t even manage to get one meal a day. Several days went by like this.

One day, Edward came upon a knight from a neighbouring country whom he had met before. Once, they had participated in an archery competition together. Grabbing his chance, Edward reminded him of the details of their last meeting and tried convince him of his true identity. The knight agreed and promised him to help him. He seated the Prince on his horse and they rode to the palace together. While all this was happening, the King had died, and everyone at the palace was focused on Tom’s coronation.

At that moment, Prince Edward burst into the throne room. Tom was confused. He knew what his duty was, but he was afraid to go back to his former life as a pauper. Finally he made a decision and raised his voice above the din. He speaks the truth. Tom declared, “I am not Prince Edward, he is!” Tom had always been an honest and decent boy. And so, Prince Edward was crowned king. He was deeply impressed with Tom’s honesty and loyalty. He asked Tom to stay at court and made him a knight.

Tom became King Edward’s chief advisor and lived in the palace the rest of his life. The Prince and the pauper became as close as real brothers and ruled the country together with honour and generosity, making sure that everyone was safe and content.

Here is a short visual depiction of  this short fairy tale, “Prince And Pauper“. See the video story below,