Princess Rose And The Golden Bird

This is one of the very short fairy tales for kids. Many, many years ago, in a kingdom far, far away there lived a beautiful princess. She had a great longing for red roses and so she was called Princess Rose. She had beautiful red hair. Every evening, Princess Rose went out on the balcony and clapped her hands. As she clapped, a golden bird came flying out of nowhere and alighted on her shoulder. Instantly, the princess’s hair began to shine with red light.

When the bird started to chirp an enchanting tune, Princess Rose joined her, and everyone in the kingdom fell asleep and had sweet dreams. Many years passed like this. Every evening Princess Rose and the little golden bird sang a loving lullaby so that all people fell asleep and had sweet dreams until the early morning. You may also like to read, The Wise Little Girl. 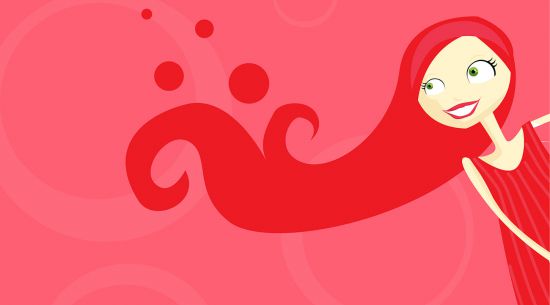 Image Source–> storyberries.com. One day, something terrible happened. A wicked witch got to know about Princess Rose and decided to cast a bad spell on her. “Abracadabra, Sim-Sala-Bim, May the rose’s color dim!” the witch said. As the witch cursed Princess Rose, her hair turned black. That night, when she went out on her balcony and clapped her hands, golden bird arrived but her hair glowed black instead of red. The bird tweeted its enchanting melody, and Princess Rose sang her lullaby.

Like always, everyone in the kingdom fell asleep, but that night, they only had bad dreams and nightmares. On that particular day, the princess became sad and asked the bird, “Dear golden bird, how can I make my people’s dreams sweet again?” “Apply rose water to your black hair,” the bird warbled. As instructed by the golden bird, she filled up the bathtub with water and sprinkled some rose petals. When she dipped her hair into the rose water, her hair turned red again.

The next evening, when the bird sat on her shoulder, the red color of her hair lit up the night sky once again. Princess Rose and the golden bird sang their lullaby and everyone fell asleep and had sweet dreams all through that night.

When the wicked witch got to know that her spell had been broken, she became very angry and planned to cast it again. “Abracadabra, Sim-Sala-Bim, May the rose’s color dim!” the witch said. As soon as she said the magic words, the princess’s hair turned black again. This time, the witch stole all of the rose blooms in the entire kingdom. “Let’s see how can you break my curse this time!” she said with an evil smile on her face. The Princess had no option but to ask from the golden bird. The golden bird again said, “Black hair in the rose water!” Also, read Swan Lake Story.

But this time, she didn’t have any of the roses. Princess Rose began to cry and as she cries, the tears started to fell down. At that time, a handsome prince was passing by the balcony of the princess. He took out a little box and a single red hair from within it. He bent on his knees and kept the red hair on the drop of her tear.

Suddenly, the tear and the hair together became a red rose. The Prince took the rose and gave it to the princess. As she saw the rose, she immediately went to the bathtub and put the rose petals into it. Then, she dipped in her hair and finally, the magic spell was broken. Everyone was in great shock. The King called the Prince and asked, “Young man, where did you find that red hair?”

The Princess said, “When we both were children, I picked a single strand of hair from her head as a sign of my loyalty to her. And she did the same to me, pulling out a strand of my own hair.” “It’s true, father,” the princess confirmed and took out a little box. She opened her little box to reveal a single hair from the Prince’s head inside. Everyone was very happy with this news. You may also like to read, The Two Caskets.

The King announced the Prince’s and Princess Rose’s marriage. When the witch got to know that her magic did not work again, her wickedness swelled up so much that it burst into many pieces. At that very moment, rose blooms sprang up in the kingdom once again. And like always, Princess Rose sang her lullaby each evening so that all people of her kingdom fell asleep and had sweet dreams all through the night.