This is the Puss in Boots Story. There are three brothers. One day, the elder brothers let the youngest brother go away. The youngest takes a cat with him. The cat tells the youngest, “Master, I have a good idea! Lend me your boots and a sack.” The cat wears the boots. The cat runs to the forest. He catches a rabbit and he brings the rabbit to the King. “This is a present from the Marquis of Carabas.” The King is very happy. 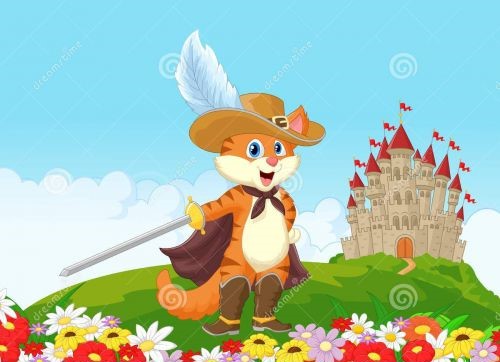 Also, read The Fox And The Cat

The Scary Ogre quickly changes into a little mouse. Guip! The cat eats the mouse and he released all the farmers from Scary Ogre as he said. “Welcome to the Marquis of Carabas castle!” says the cat. Later, the Marquis and the princess get married. The cat becomes the Knight of Carabas. And they all lived happily ever after.

Here is a short visual depiction of “Puss In Boots Story“. See the video story below,