The Rainbow Fish story has been adapted from the illustrator named Marcus Pfister. A long way out in the deep blue sea, there lived a fish. Not just an ordinary fish, but the most beautiful fish in the entire ocean. His scales were every shade of blue and green and purple with sparkling silver scales among them.

The other fish were amazed at his beauty. They called him ‘Rainbow Fish’. “Come on Rainbow Fish,” they would call, “Come and play with us!” But he would just glide past, proud and silent, letting his scales shimmer.

You may also like, The Crow And The Peacock Story. 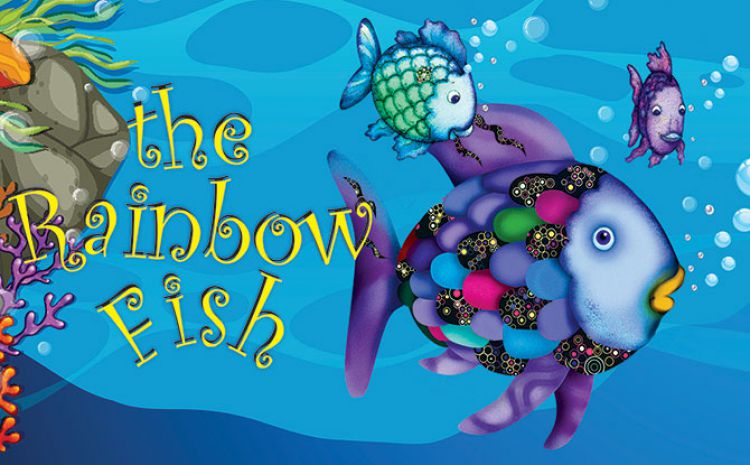 One day, a little blue fish followed after him. “Rainbow Fish,” he called, “wait for me. Please give me one of your shiny scales. They are so wonderful and you have so many.” “You want me to give you one of my special scales? Who do you think you are? Get away from me,” cried the Rainbow Fish. Shocked, the little blue fish swam away. He was so upset, he told all his friends what had happened. And from then on, no one would have anything to do with him. They turned away when he swam by.

What good were the dazzling, shimmering scales with no one to admire them? Now, he was the loneliest fish in the entire ocean. He decided to pour out his troubles to the starfish. He asked, “I really am beautiful. Why doesn’t anybody like me?” “I can’t answer that for you! But if you go beyond the coral reef to a deep cave you’ll find the wise octopus. Maybe she can help you!” replied the starfish.

Also read, The Lion And The Mouse.

The Rainbow Fish found the cave. It was very dark inside and he couldn’t see anything. Then suddenly, two eyes caught him in their glare and the octopus emerged from the darkness. “I have been waiting for you!” said the octopus with a deep voice. “The waves have told me your story. My advice is that give a glittering scale to each one of the other fish. You’ll no longer be the most beautiful fish in the sea but you’ll discover how to be happy!” “I can’t,” the troubled Fish started to say but the octopus had already disappeared into a dark cloud of ink. “Give away my scales? My beautiful shining scales? Never! How could I ever be happy without them,” he thought.

Suddenly, he felt a light touch of a fin. The little blue fish was back. He said, “Rainbow Fish, please don’t be angry. I just want one little scale!” The beautiful fish wavered. “Only one very very small shimmery scale. Well, maybe I wouldn’t miss just one,” he thought.

Carefully, he pulled out the smallest scale and gave it to the little fish. “Thank you very much!” the little blue fish bubbled playfully as he tucked the shiny scale among his blue ones. A rather peculiar feeling came over the Rainbow Fish. For a long time, he watched the little blue fish swim back and forth with his new scale glittering in the water.

The little blue fish whizzed through the ocean with his scale flashing, so it didn’t take long before the Rainbow Fish was surrounded by the other fish. Everyone wanted a glittering scale. He shared his scales left and right. And the more he gave away, the more delighted he became. When the water around him filled with glimmering scales, he, at last, felt at home among the other fish.

Finally, the Rainbow Fish had only one shining scale left. His most prized possessions had been given away, yet he was very happy. “Come on, Rainbow Fish! Come and play with us!” they called. “Here I come,” he said, and happy as a splash, he swam off to join his friends.

You may also like to read, Sofia And Friends.