Ramu and the Mangoes

This is one of the funny child bedtime stories to read for kids online. Once upon a time, a rich man used to live in a small town in Tamil Nadu. One day he brought two big, juicy mangoes. He gave them to his servant, Ramu, and told him to cut them in slices and ordered him to make two cups of coffee. One of his friends was coming to meet him up.

Ramu took both the mangoes to the kitchen and cut them with the knife. To make sure they were not sour, he put one piece in his mouth to taste it. “Ummmm…. it is so sweet. If I eat just a piece more, the master will never know”, he thought to himself. He ate one more piece and in a few minutes, the plate was empty. Also, read The Strange Egg 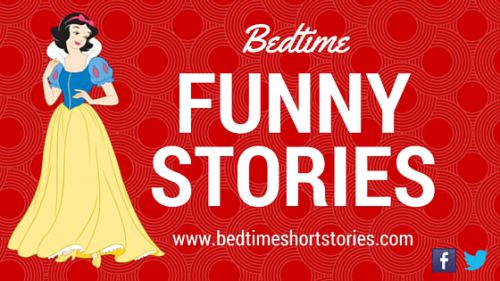 Just then, he came up with an idea. He went to his master and said, “The knife is blunt. I can’t cut the mangoes with it.” The master shouted at him and ordered him to get the knife so that he could sharpen it. He took a large and blunt knife and gave it to his master. While his master was busy sharpening the knife, he quietly went out of the house.

Outside the house, Ramu saw his master’s friend coming. He stopped him there and asked him, “Sir, Did you have a fight with my master?” He told him, yesterday when his master came home, he had worn his slippers by mistake. Ramu informed him that his master was very angry and he was waiting for him with a sharp knife in his hand. His friend did not believe the servant and peeped inside from the window. He turned back and ran as fast as he could. Also, read The Man with the Coconuts

Ramu then ran to his master crying, “Master! your friend has taken both the mangoes and he’s running away!” The master saw his friend running. He ran after his friend with a big knife in his hand. The master could not catch him so he gave up running and came back home. He thanked Ramu for telling him the truth and saving him from a greedy man. He then bought more big and juicy mangoes and gave them to Ramu as his tip. They both ate the big, juicy mangoes happily.