This is the Rapunzel Story to read for kids. In a land far away, lived a poor farmer and his wife. One day, they tried to pluck fruits from their neighbor’s garden. But their neighbor was actually an old, wicked witch. She screamed, “How dare you steal from my garden! I’ll turn you both into rats!” The couple trembled with fear. Finally, the witch said, “Very well, I’ll let you go. But you have to give me your first child.” They were so scared, that they immediately agreed and fled. Also, read Beauty And The Beast.

A few years later, a beautiful baby girl was born to the farmer and his wife. Immediately, the old witch came and snatched the girl away from them. She named her Rapunzel and kept her locked up in a tall tower. She grew up to be a beautiful girl. But most beautiful of all was her long, golden hair. 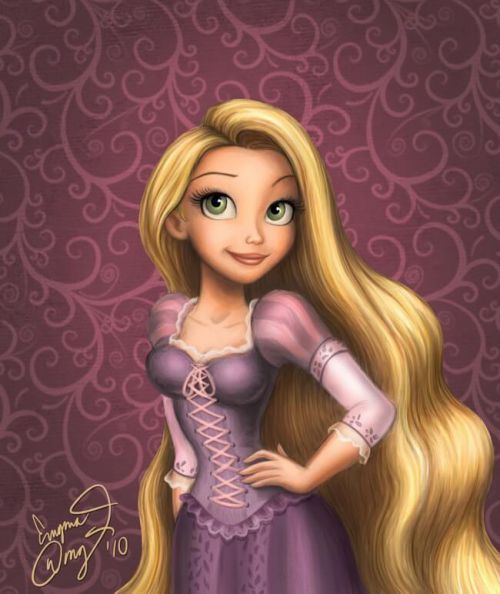 The only person she ever saw was the old witch. Every day, the witch used to come to the foot of the tower and call, “Rapunzel, Rapunzel, let down your hair!” She then used to let her long plait fall out the window, and the witch used to hold onto it and climb up.

One day, a prince who was passing by hid behind the trees and watched the witch. As soon as she left, he too decided to try. “Rapunzel, Rapunzel, let down your hair”, he cried and climbed up into her room. She was stunned to see the prince. She had never before seen anybody so handsome. The prince too fell in love with her. They began to secretly meet every day after the witch left. Also, read The Sleeping Beauty.

One day, however, by mistake, Rapunzel said to the witch, “My, you are so much heavier than my prince!” The witch realized what has been going on. She screamed and shouted in anger. She cut off her hair and sent her off deep into the forest. That day, when the prince came, he found the witch waiting for him at the top of the tower. She cursed and screamed some more, before casting a spell on him, that made the Prince lose his sight. The prince, now blind and with a broken heart, wandered through the forests.

Many days later, Rapunzel found him wounded among the trees. She began to cry at the sorry sight of her prince. But as soon as her tears fell on him, his wounds healed, and his eyesight returned! The first thing the prince saw was his beloved. They were overjoyed to find each other again. They went away to his kingdom and lived happily ever after, far away from the wicked witch. Also, read Snow White Story.

Here is a short visual depiction of the amazing, “Rapunzel Story“. See the video story below,