Riquet With The Tuft

This is one of the great fairy tales stories in English which has been adapted from the works of Charles Perrault. Once upon a time, a long, long time ago, there lived a queen.

After trying for to have a child for many years, she was blessed with a baby boy. But this boy was born ugly and had a tuft on his head. At the boy’s birth, a good fairy paid them a visit. She presented the boy with an unmatched wit and intelligence. The boy was named after his tuft, Riquet with the Tuft. Also, read The Most Incredible Thing. 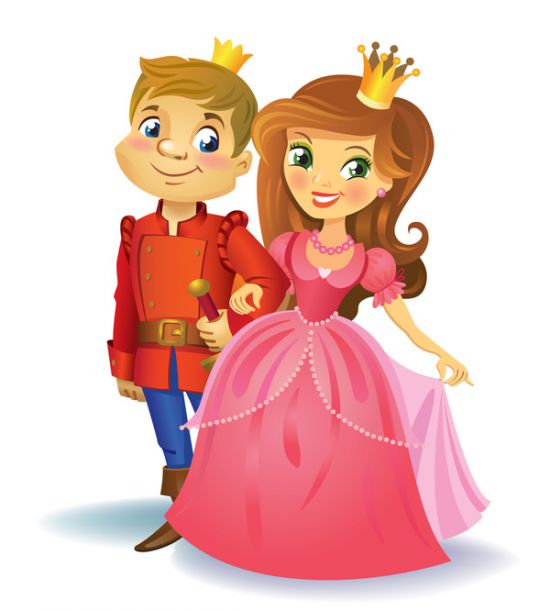 Image Source @ freedesignfile.com. The poor queen grew desperate as the boy grew. Age only seemed to make the prince’s looks worse! The kings and queens of the nearby kingdoms were blessed by with children too. One kingdom, in particular, had two princesses. One of whom was extremely beautiful.

Now, when the eldest of the two princesses was born, the fairy at Riquet ’s birth was present too. She blessed the eldest daughter with unparalleled beauty. “I must tell you, your highness,” said the fairy. “Your daughter will never be intelligent or bright. Although I can do nothing about that, I have given your daughter the ability to make her love grow beautiful.”

The princess’s mother did not know what to do. Soon, the queen had another daughter. The fairy came to visit again. “Your youngest daughter will never be pretty. But she will be wise and intelligent unlike the eldest daughter,” announced the good fairy. Even though the queen requested the fairy to help the younger daughter with her beauty, the fairy could not do anything. You may also like to read, Princess Rose And The Golden Bird.

Soon, the princesses grew up. The more they grew, the more their talents and vices shone. While the eldest grew prettier by the hour, she also became clumsy and dumb. She had many suitors, but her dumbness made them run off. On the other hand, the youngest grew wise and intelligent. Talks of her intelligence and wisdom spread far and wide. Soon, enough the youngest daughter had many friends and suitors. The oldest had none.

One day, the eldest daughter decided to run away. She had become lonely and sad. Riquet happened to be passing by the woods the beautiful princess was strolling in. “Why is a beautiful lady like you, upset?” he asked her.

After the princess returned, Riquet wondered if he had told her too much. Soon, the queen and the entire kingdom saw the eldest daughter in a new light. She had transformed and grew wise. Now, she had many handsome and brave suitors who wanted to marry her. She was never lonely again.

As time passed, the beautiful princess forgot about the promise to marry Riquet. Then one day, when the princess was strolling in the woods once again, she found Rickety’s castle. She also found great preparations being made. Wondering what was going on, she bumped into Riquet. Also, read The Tin Soldier.

When she saw Riquet, she suddenly remembered her promise to marry him. “I cannot marry you,” she told him apologetically. She argued that she had been foolish and dumb; therefore she did not know what kind of promise she was making. Now that she was wise, she knew not what to do.

Riquet asked her if she only had problems with the way he looked. The princess replied that she liked him, and all his other good virtues. Then, the princess remembered the fairy and the present she had given the princess. “The fairy bestowed me with the ability to make the person I love beautiful. All I have to do is think about their good qualities!”

The princess did exactly that and the Riquet transformed! She took him back to her palace and introduced him to her parents. With the princess’s father’s blessing, they got married and lived happily ever after.

Years later, many men suggested it was magic that made her fall in love and transformed the prince. But the basic fact remains, that she simply found the prince beautiful because she fell in love with him! You may also like to read, The Magic Paintbrush.