Rosette was the day fairy whereas Annette was the night fairy. Before starting their duties, the fairies decided to take a round of the Fairyland so that it would be easy for them to assign different duties to the rest of the helpers. While roaming, they were discussing the beauty of the bright Sun and the calmness of the Moon. Also, read The Wise Little Girl Story. 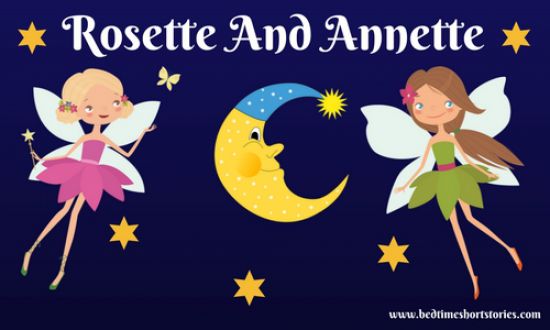 During the inspection, Rosette started arguing with Annette about who was the most important between them. Soon, the argument was converted into a fight. “Day is more important!” Rosette shouted. “We can go to school and play. Night is a waste of time. We just sleep and do nothing productive.” To this, Annette replied, “You are wrong, Rosette. Night is the time when everyone rests after a hard day’s work. A soundless and restless sleep is very important for the body.”

Both of them had answers to each other’s argument. As the argument between the fairies grew louder, the Moon heard them. The Moon asked, “Tell me what is more important- to sleep or to play?” The fairies said, “Both” in one voice. Then, the moon continued, “In the same way, both night and day are important. We cannot choose any one of them. Both of them have equal importance.”

The fairies understood the importance of day and night and immediately stopped fighting thereafter. Both of them realized each other’s importance and never ever fought again. You may also like to read, The Two Caskets.