This is the Samson Story For Kids from Bible. Many years had passed since the people had escaped from Egypt. The people of Israel lived as a nation. In time, Israel began to worship idols again. So god gave them enemies. These enemies were the Philistines. The people of Israel than worshiped an idol called Dagon. This god had a fish’s head on a man’s body.

The Philistines took the charge of all the arms that the Israelites had. This made them unable to fight any longer. They also robbed Israel of their crops which made them starve. They prayed to god and cried for help. The god heard their prayers and came to their rescue. Among the tribe of dan, there lived a man named Manoah. 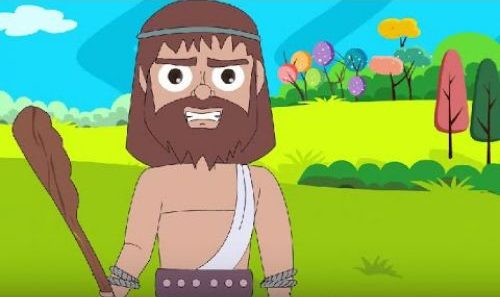 One night, an angel came to Manoah’s wife and said, “You will give birth to a son and your son will grow up and save Israel from the Philistines. However, there is one condition. Your son must never drink any wine, that his hair must grow long and will be a Nazarite priest.”

Soon after, Manoah’s wife gave birth to a son. They named him Samson. He became the strongest man on the earth. He was so strong that he did not need an army. All the things he did to set his people free and save them from Philistines , he did alone.

One day, Samson fell in love with a Philistine woman and wanted to marry her. Samson went to his father and told him so. This made his parents extremely unhappy. But they did not know that god was using this marriage to rescue the people of Israel from the Philistines.

Here is a visual depiction of “Samson Story For Kids”. See the video story below,

Tagged with: samson story for kids