Shake Off All Your Problems

This is one of the most amazing inspirational stories for children. Once upon a time, there used to live a man. This man had many donkeys to help him with his business. Among them, there was an old donkey. Now, this old donkey had been with the merchant for a long time. Therefore, the merchant had grown fond of the donkey of his.

One day, when the merchant and his donkeys were returning from a trip, the old donkey fell into an open pit. The donkey began wailing and crying. “Oh no,” cried the merchant. “I don’t even have a rope. What should I do now?” The merchant looked around for some help. But the man could not find anything that would help him to bring the donkey out. Also, read Courtesy. 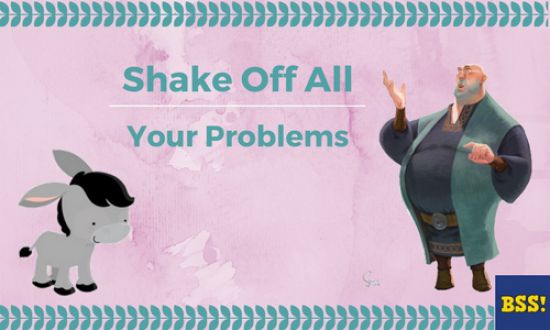 In the end, the man decided to fill the pit. “The donkey is at the end of his life anyway, I should bury him here. And this pit too needs to be filled. I can do both the things at once!” the man thought. So, he went and brought a shovel. The man began to dig the ground. He was hard at work.

And when there was enough dirt on the ground, the donkey stepped on the now elevated ground. The man kept throwing dirt into the pit and the donkey kept shaking it off and coming upwards. Then, in the end, the donkey was finally out of the pit.

Just as the donkey shook off all the dirt and found his way out of the pit on his own, we too should treat our problems as the dirt. Only after shaking them off, we can tackle our problems!