This is the Shekh Chilli Story for kids. Once upon a time, a very long time ago, lived a man called Sheikh Chili. Now, he was a simpleton inside out. His innocence and foolishness made him a good company. Sheikh Chili was well-liked and loved by his friends. You may also like to read, The Arab And The Camel. 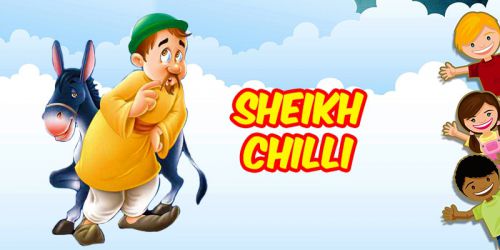 After finishing his work, he went to the landlord in the evening. There, he received his pay and left. Sheikh Chili was quite happy with himself and the pay. When his friends saw him, they rushed to him. “Don’t you know that the landlord is famous for cheating others?” one of his friends asked. “Yes, yes, I am well aware of that. He did try to trick me. But I must say, I bested him!” His friends were shocked at the mere fact that this simpleton had managed to trick the landlord. “How so?” his curious friends asked.

MORAL: AS YOU SOW, SO SHALL YOU REAP.