This is one of the awesome motivational stories for kids. Sid is a tiny little seed who liked where he was and never wanted to leave his house. He was quiet, shy, and quite full of doubts. He was afraid of the unknown, so he never went out.

Sid shared his home under ground, dark within with a spider named Pip and a caterpillar named Kim. In their quiet little hole lit by candles made of wax, Sid sat with his friends playing cards and eating snacks. They had hours of fun till sleep filled their heads. Then they each said ‘good night’ and crept to their beds. Also, read Story Of Two Seeds. 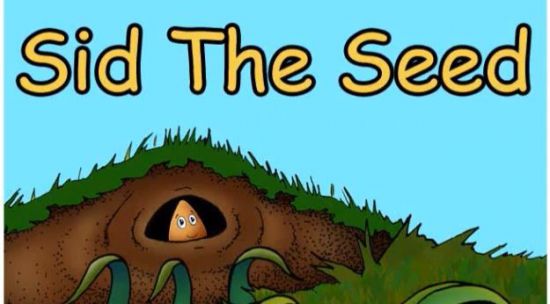 When the morning sun shone, Sid woke with surprise. A golden balloon danced in his eyes. “Hello!” said Pip, all ready to fly. “I made this balloon to soar through the sky! The world is so big it’s time that I grew. So, I’m off to the outside to find something new.” “That’s fine,” said Sid. “If you think so, you must go! I like how things are in my home.” Soon, Pip was gone on his life changing flight, while Sid sulked in his room and waited for night.

Later that night as the candles grew dim, Sid sat at his table playing checkers with him. They had hours of fun till sleep filled their heads. Then they each said ‘good night’ and crept to their beds. You may also like to read, The Well Of Truth.

Soon, Sid awoke under light of the moon and saw a shiny cocoon in his hole. With hinges, lid or a door he could open, it started to crack and appeared to be broken. Right down the middle, the cocoon split in two revealing a butterfly all purple and blue. “The world is so big it’s time that I grew. So, I’m off to the outside to find something new.” “That’s fine,” said Sid. “Go away and fly away! Soar through the sky while in my hole I’ll stay.” Then Kim flew away without making a sound leaving Sid lonely in the ground.

Later that night at his table all alone, Sid thought of his friends and his empty little home. He remembered their journeys and the ways that they flew. He thought about new things and wished for them too. “The world is so big, it’s time that I grew. So, I’m off to the outside to find something new,” said Sid.

Sid grabbed his cup and ran to the sink. He filled it with water and tarted to drink. Drink after drink, cup after cup, Sid kept on pouring water and soaking it up! With rays of the sun full of hot summer glow, Sid tingled inside and started to grow. He turned and twisted beyond his control. Sid began rising upwards straight out of his hole!

Soon, Sid was outside with the warm wind blowing. He kept getting larger and couldn’t stop growing. With long bending limbs and leaves flowing free, Sid, who once was a seed is now a tall tree. Welcoming Sid from his life changing trip, appeared Kim, the butterfly and Pip, the spider. “Sid, we’re so happy that your life is now full! We’re glad you decided to leave your small hole!” Also, read The Prince And The Seedlings.

Towering tall and enjoying the view, Sid was now on the outside  and he found something new.

Here is a short visual depiction of one of the best motivational stories for kids “Sid The Seed“. See the video story below,