Silent Night Song is one of the most popular Christian Lullabies. The original version of this lullaby had been written in the German language by, Joseph Mohr in a small village in Austria. This lullaby is usually sung as a Christmas carol before Christmas on Christmas Eve. The “Silent Night” has been declared as a cultural heritage by UNESCO in the year 2011.

The music composition for the “Silent Night” was done by Franz Xaver Gruber. It was first performed in 1818. However, in the later times, many artists have performed this. John Freeman Young translated the “Silent Night” from German to the English Language, which is most frequently sung in the modern times. This translation, the modern version is a little slower than the original, therefore it can be called a lullaby as well. “Silent Night” has translations in about 140 languages and is accessible on the public domain. 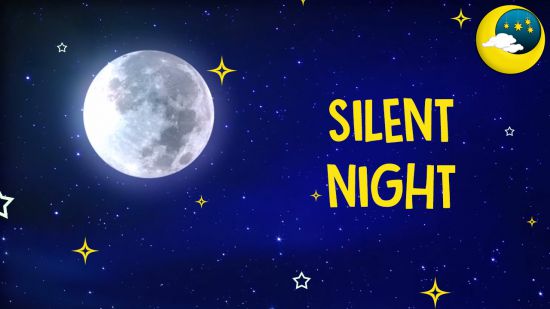 All is calm, all is bright

Round yon virgin mother and child.

Holy infant so tender and mild,

Shepherds quake at the sight,

Christ the Savior, is born!

Christ the Savior, is born!

Radiant beams from thy holy face,

With the dawn of redeeming grace,

Jesus, Lord, at thy birth,

Jesus, Lord, at thy birth.

Silent Night Song was basically written as a Christmas Carol, to be sung on the Christmas Eve as a welcome song for Baby Jesus. So, this poem gives a proper depiction of how the birth of Jesus came to be. This carol later went through many transformations, and the present versions can be used as a lullaby as well as a Christmas Carol.

This lullaby begins with “Silent night, Holy night”, which means that the birth of Baby Jesus was preceded by a night which was calm and silent. Hence making it holy. The lullaby also explains that the night is calm and bright. And Baby Jesus is wrapped around his mother’s arms. Furthermore, the lullaby calls the baby, here Baby Jesus, a holy infant. And the author of this lullaby prays that the baby sleeps peace. Also, read This Little Light Of Mine.

In the lullaby, the author even talks about the shepherds who present at the time of birth Jesus and how happy they had been. Next, the author describes how beautiful the night had been on that day. And the author talks about how the angels, “Heavenly Hosts” danced in joy at Christ’s birth and sing “Alleluia.”

As Jesus was supposed to be the savior of the human race, the author says that the Savior has been born. Further, the author writes that the Son of God had a radiant and bright face. The author also writes that from the baby’s face, a streak of radiant light flew out, as if to save the world and the people in it. At last, the author ends with, ” Jesus, Lord, at thy birth!” You may also like to read, All Through The Night Hymn.