This is one of the best inspirational short stories online for kids. It was a very beautiful Sunday morning on the beach. The sun was coming out nicely and the air was so fresh. But along with the morning tides, there were hundreds of starfishes which came on the beach as well. But they could not return back in the ocean and the sun was coming up very fast. These starfishes would die.

There on the beach, there was a small boy who was making his sand castle and playing alone. He was very happy over there. He would not see the starfishes at the first glance. But later on, when he lost his concentration while making the castle, he saw at the beach. As he saw, he noticed so many starfishes laying over there and almost waiting for not getting die. Also, read Hard Work Leads To Success. 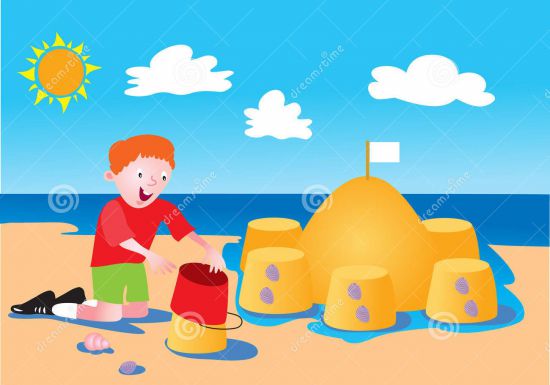 Image Source@ www.dreamstime.com. He thought for a while and in no time, he knew what he had to do. So, he stood up there. He thought for a moment and said to himself, “Yes, I can help them! I should help them! But how?” There were over hundreds of starfishes lying there and it was impossible for him to save each and every starfish by putting them back into the ocean.

At some distance, his father was standing and observing him. He was unable to understand what his son was doing. So, he asked, “What are you doing? There are so many starfishes! How many of them you can help? What difference does it makes?” But his son only smiled while putting one more starfish into the water and replied, “It makes the difference for at least this starfish if not to others, father!”

His father was really surprised and shocked by his son’s answer. But at the same time, he was really happy for his son . Also, read Anger And Love.

Here is a visual depiction of one of the best inspirational short stories online, “Small Things Matter”. See the video story below,