This is one of the awesome aesop’s fables stories for children. Once there lived a bull in the jungle. It was in robust health with well-built muscles and sharp horns. It roamed about the forests fearlessly. His sight would make the mouth of the lion water. For him, the bull looked a mountain of delicious meat. But he could not attack it because it was too strong. Read more Aesop’s Fables here.

Its horns were good enough to skewer the lion. The lion thought of a trick. He said to the bull, “Friend! I have prepared a feast for you. Please accept my invitation.” The bull thought that perhaps the lion wanted to make friends with him. So, he accepted the invitation for the next day supper. 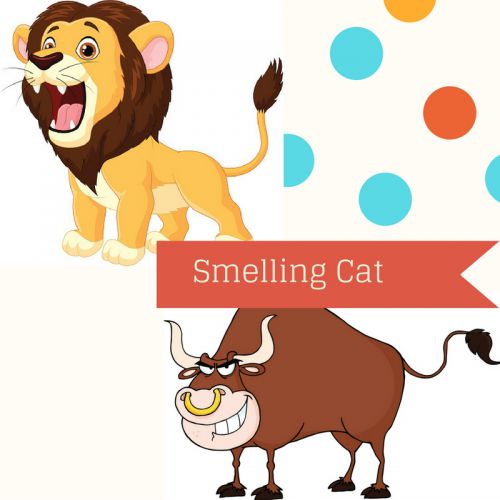 The next evening, he went to the lair of the lion expecting the array of crockery and the inviting smells of the food. But there were no such signs. Instead, there were a few empty plates. The bull asked, “I don’t see any feast here.” “That is inside the lair. All the guests have come. Only you are awaited. Please come in,” explained the lion with a smile on his face. But his smile appeared to be false.

The bull was a wise creature. He was not the one to be easily fooled. There was something wrong. So, the bull raised his snout and smelled. But he could detect no flavor, aroma or smell in the air coming from the inside of the lair. The bull said, “I don’t smell any feast inside either. The only thing I smell is a rat.” The suspicious bull walked away. The lion dejectedly sighed. You may also like to read, The Proud Lioness!

MORAL: THOSE WHO ARE EVER ON THE ALERT CANNOT BE TRICKED OR FOOLED.